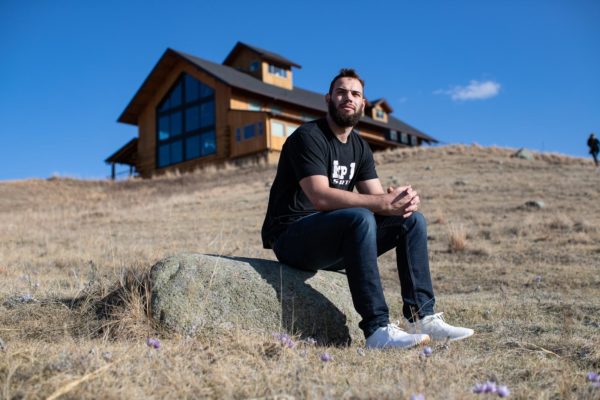 Yes, this may be old news now. Everybody around here has heard about the standout athlete from Britton who was drafted in the 2nd round of the NFL Draft by the reigning World Champions the Philadelphia Eagles. But we have some photos to share from Dallas Goedert’s 2-day NFL Draft Party at Coteau des Prairies Lodge. Enjoy! 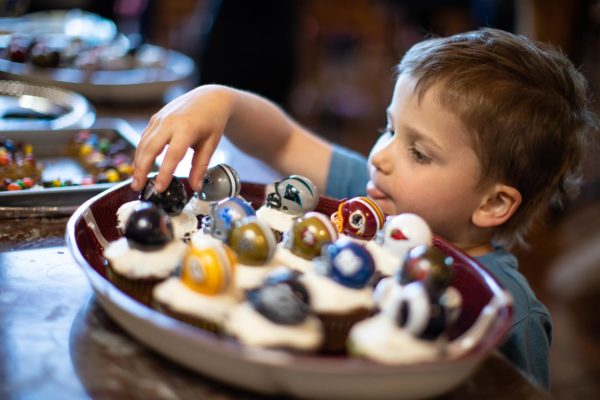 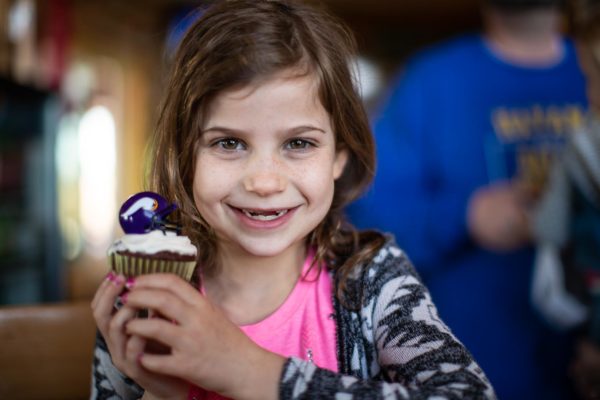 Hadassah Breker picked her favorite team for Dallas to join. 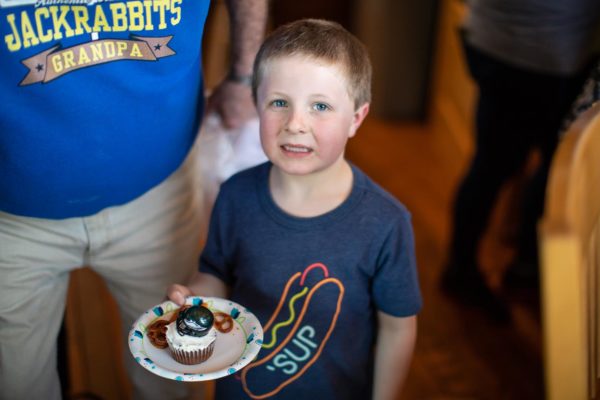 It was Silas Stenvold who had the prophetic cupcake selection.

About 86 guests – family and close friends of Dallas Goedert – filled the great room along with a film crew from ESPN on April 26th and 27th during the first 2 days of the 2018 NFL Draft. Dallas is the nephew of lodge co-owner Patty Breker, who traveled to nearly every SDSU Jackrabbits football game in the last two years to watch Dallas make extraordinary catches and drag defenders down the field. 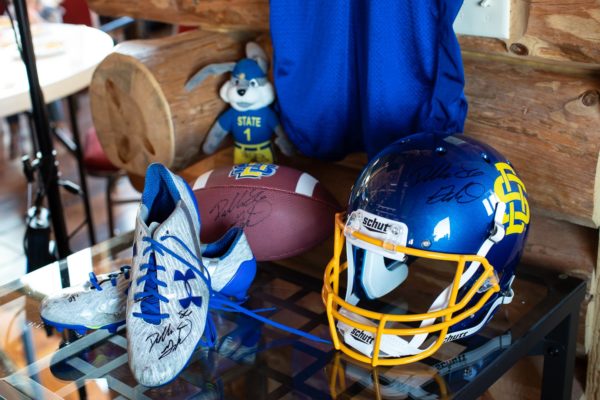 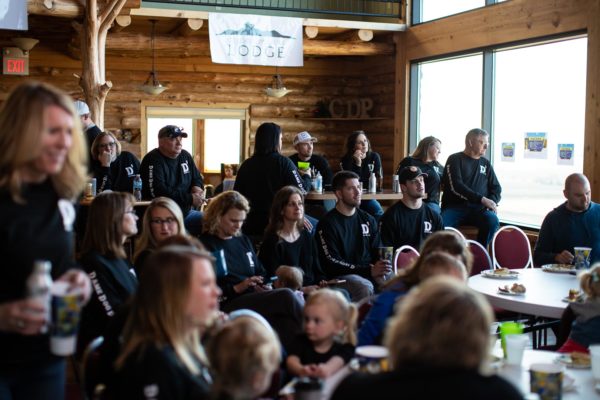 Friends and family await the selection on Day 1. 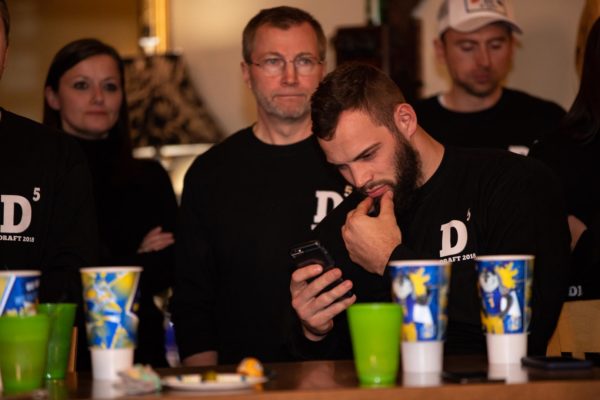 The party went late into the night on Day 1, but it ended without Dallas being selected. Dallas received regular messages from his agent who was in communication with NFL teams jockeying for a chance to pick Dallas. 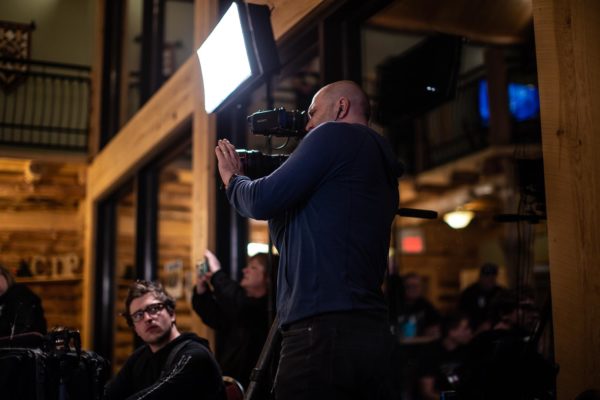 The lights and camera from the ESPN crew were aimed at Dallas the whole time, waiting for ‘the reaction’. 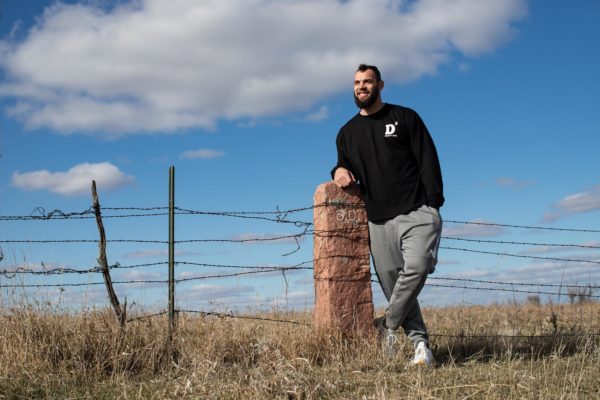 Before the draft began on Day 2, Dallas paid a visit to a nearby Dakota Marker. Dallas was key to the success at SDSU when they beat NDSU for the Dakota Marker trophy for two years in a row. 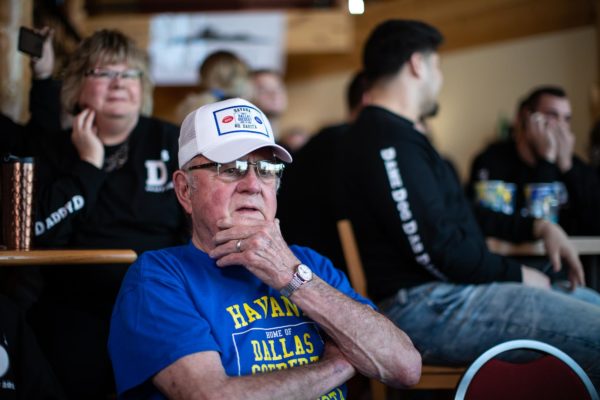 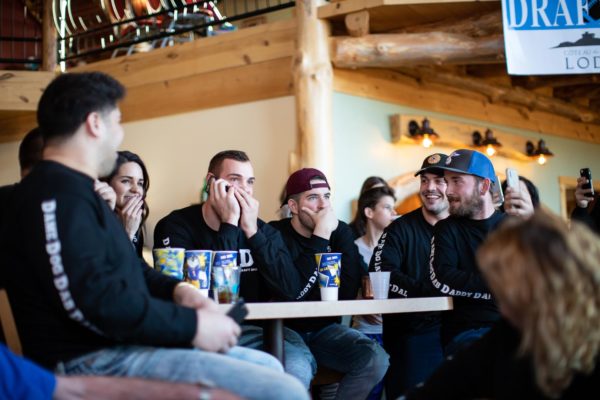 Dallas received ‘the call’ from the owners of the Philadelphia Eagles. The announcement was made about 10 minutes later. It was an emotional time as the anticipation in the room went through the roof. 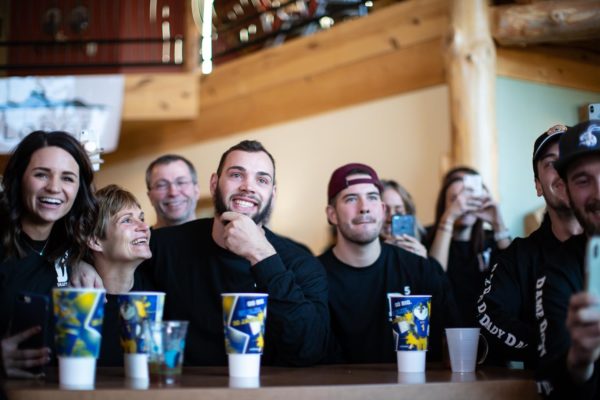 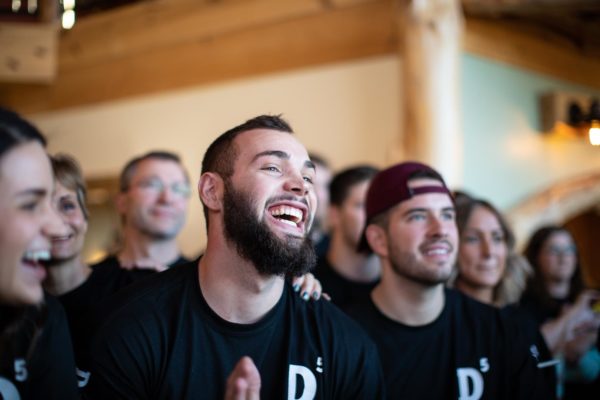 The lodge erupted with cheers the moment Dallas’ name was called. 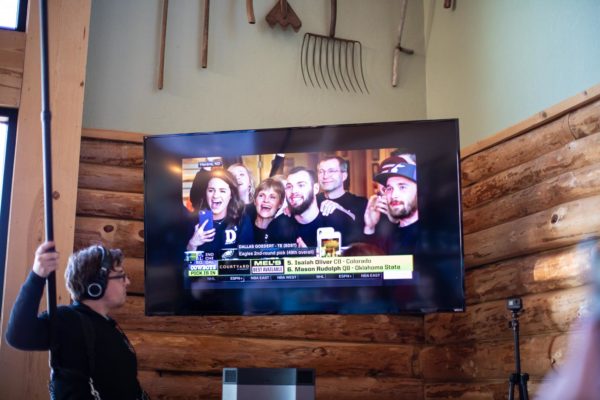 Our party made a small appearance on the big stage. 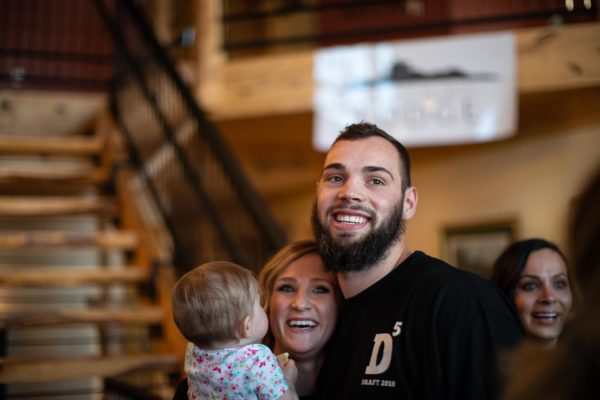 Dallas enjoyed his evening. He would catch an early flight out of Fargo the next morning bound for Philly. 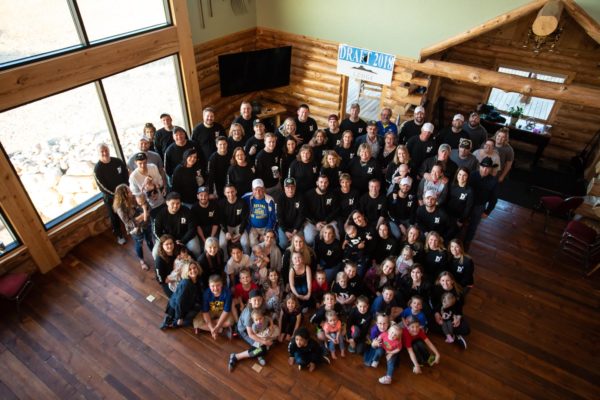 Dallas’ friends and family after his draft selection.

We wish Dallas the very best and we will be cheering him on along with many of you as he works hard to make his way in the world of professional football. Go Dallas! Fly Eagles Fly!