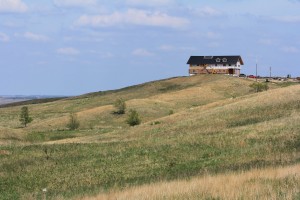 From pine to shingle and everything in between…we bring you the photographic tale of our brand new roof!

These photos cover the span of time between December 23rd and May 3rd. During this time we completed work on other aspects of the lodge, but for this post we will focus on the roof construction.

We went around and around with roofing options but we settled on a dark colored asphalt shingle. We think it looks great. What do you think?

One thought on “Roof Construction”