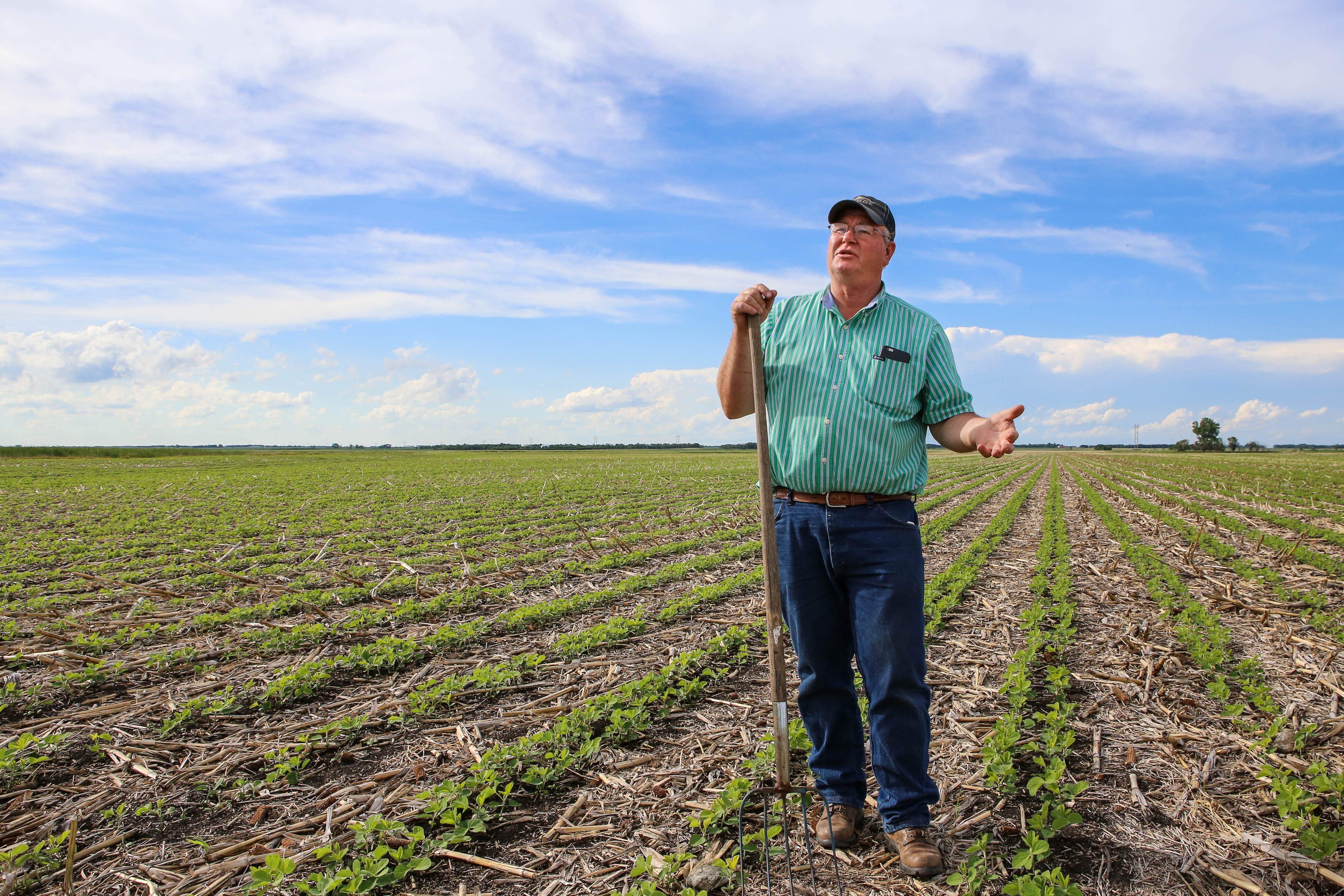 Joe Breker, known by our guests as a regular at morning coffee and the guy who shows folks around the farm in his pickup, received a national honor at the annual Commodity Classic convention in San Antonio last weekend. For his 38 years of commitment to conservation agriculture and forward thinking innovation, Joe was presented the Good Steward Recognition Award from the National Corn Growers Association.

A pioneer in no-till farming, Joe wasn’t always lauded for his ‘soil conserving’ ideas. There was a time when he was on the cooky fringe of agriculture. Today, conservation farming methods of various types make up a large and continuously increasing percentage of American acreage. It has become a big tent. Interest in soil health is accelerating as more and more producers are seeing the value in investing in the health of their soil, preserving their land for future generations, meanwhile seeing meaningful benefits today. And yes, even to their bottom line.

Joe’s conservation farming practices include no-till, strip till, cover crops, tiling, manure composting, and rotational cattle grazing including cover crops. Next time you see Joe at the lodge, ask him to explain that all to you. He’ll happily oblige.

Joe is a founding member of several conservation groups in North Dakota including the Conservation Cropping System Project located in Forman, ND that does long term no-till rotation studies and explores new ways to use cover crops. He is also involved with local organizations like the NDSU Extension Service to help spread the knowledge of conservation to other farmers and future farmers. Oh, and he had this crazy idea to build a lodge on his farm where strangers from around the country and the world could come and see a modern family farm in operation.

The National Corn Growers Association said, “Joe Breker is an amazing conservationist who has dedicated his life to protecting the soil and water resources on his farm. In the process he has become an example and mentor to many others.” NCGA President Wesley Spurlock said, “Joe’s investment of time, money and energy over his farming career is staggering, and not just to farm smarter but to share what he has learned with others in such an unselfish way. It’s my privilege to recognize his many contributions.”

The NCGA commissioned the production of this beautiful film made on and around the Joe Breker farm and at Coteau des Prairies Lodge. The film was shown at the award presentation.

“To have an opportunity for the general public to have a reason to come to our farm – whether it be a family reunion, a wedding, a business retreat, whatever it is – and once they’re in the middle of agriculture in this country, to have that conversation about conservation, about food, about husbandry, about stewardship, all those kinds of things that have been so important to us farming all these years, we get that chance to engage the public about it.” — Joe Breker

Joe and his efforts have been supported over the years by a large cast of family, friends and colleagues, to whom he is grateful. Most notably, his wife Patty who would understandably rather have a lake cabin than a lodge business in a cattle pasture, but is along for the adventure nonetheless.