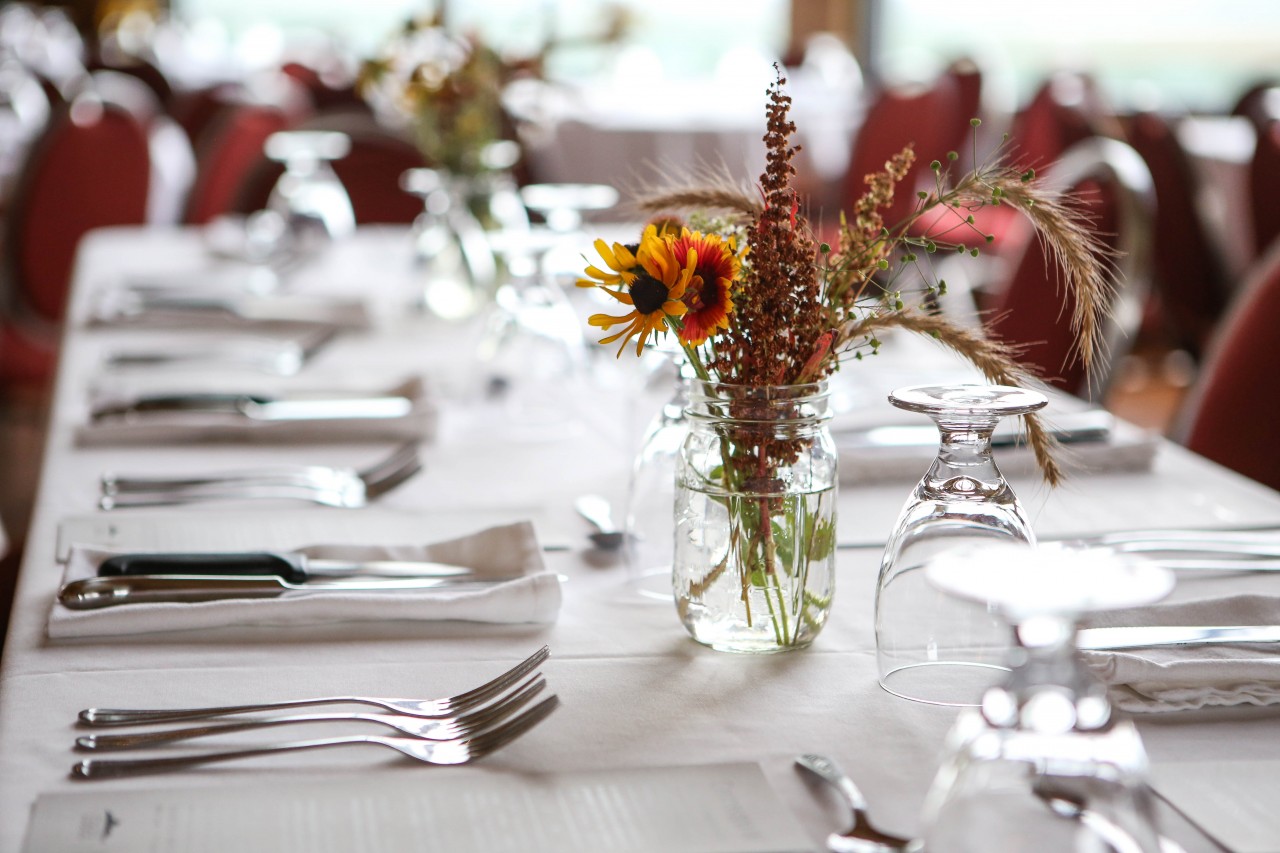 On Thursday, August 6th we hosted a truly unique dining event with a guest chef from Minneapolis. Chef Sean Sherman, also known as The Sioux Chef, is knowledgable about indigenous and traditional Native American foods. He has spent much of his professional career in the food industry researching and learning about these often forgotten, yet incredibly important areas of American cuisine. Sean has developed a rare culinary talent combining his mainstream restaurant training with his knowledge and experience working with the cultural foods of his people. 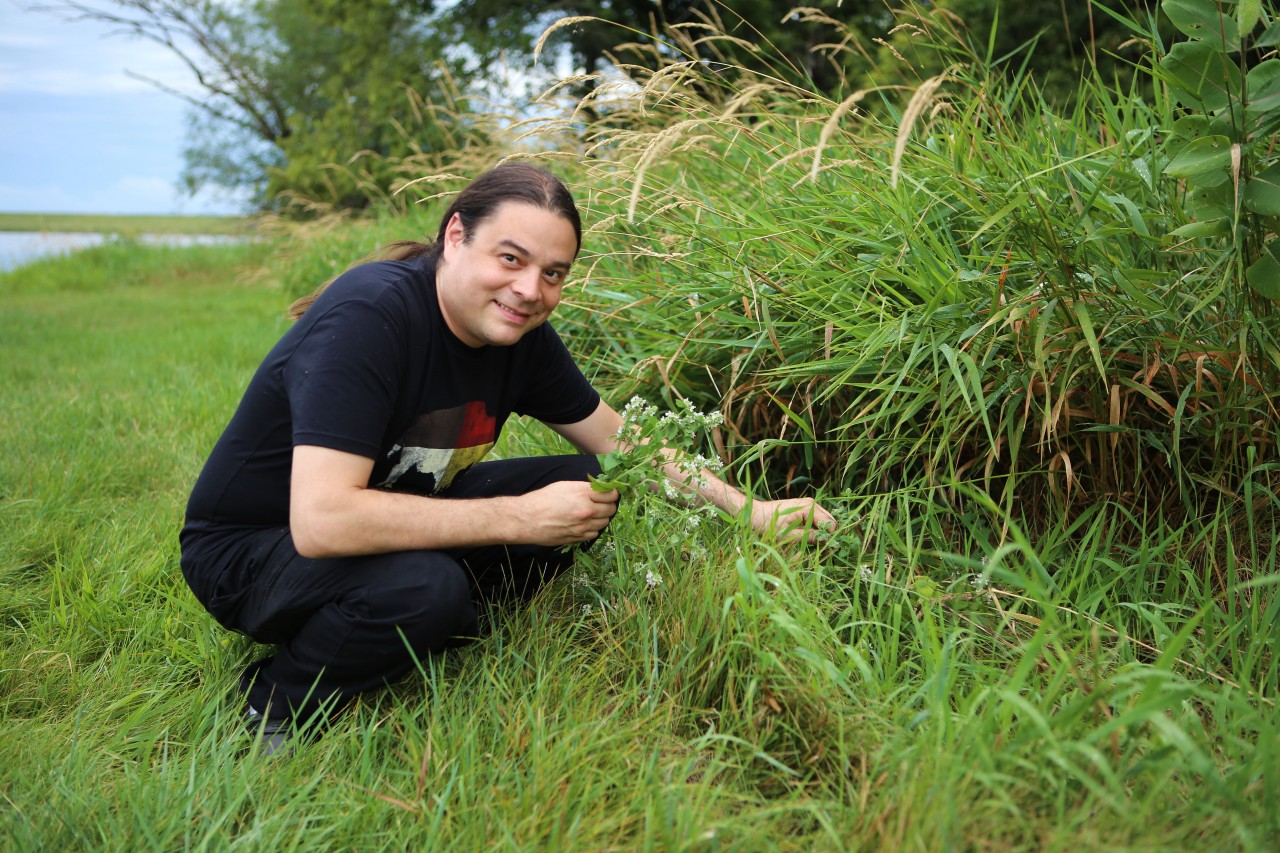 The lodge staff had the privilege of witnessing Chef Sean’s expertise firsthand as he took us out foraging in the pasture around the lodge and also around to other nearby places (Lake Tewaukon, etc.) to find ingredients for the dinner. We were unsuccessful in finding fresh chokecherries, because the season had already passed. However, we did find sage, wild onions and wild mint, all of which we used for the dinner. Sean also showed us how to use cattail, sumac, burdock, nettle and lamb’s quarters. Sean and his team harvested purslane and cedar for the dinner on their way to the lodge from Minneapolis. He helped us see how the pre-reservation natives had an immense variety of plants and animals to supply their pantry. Sadly, what the natives knew about ‘living off the land’ is a fading memory, but Sean has made it his mission to bring back an appreciation and even a legitimate market for these lost foods. 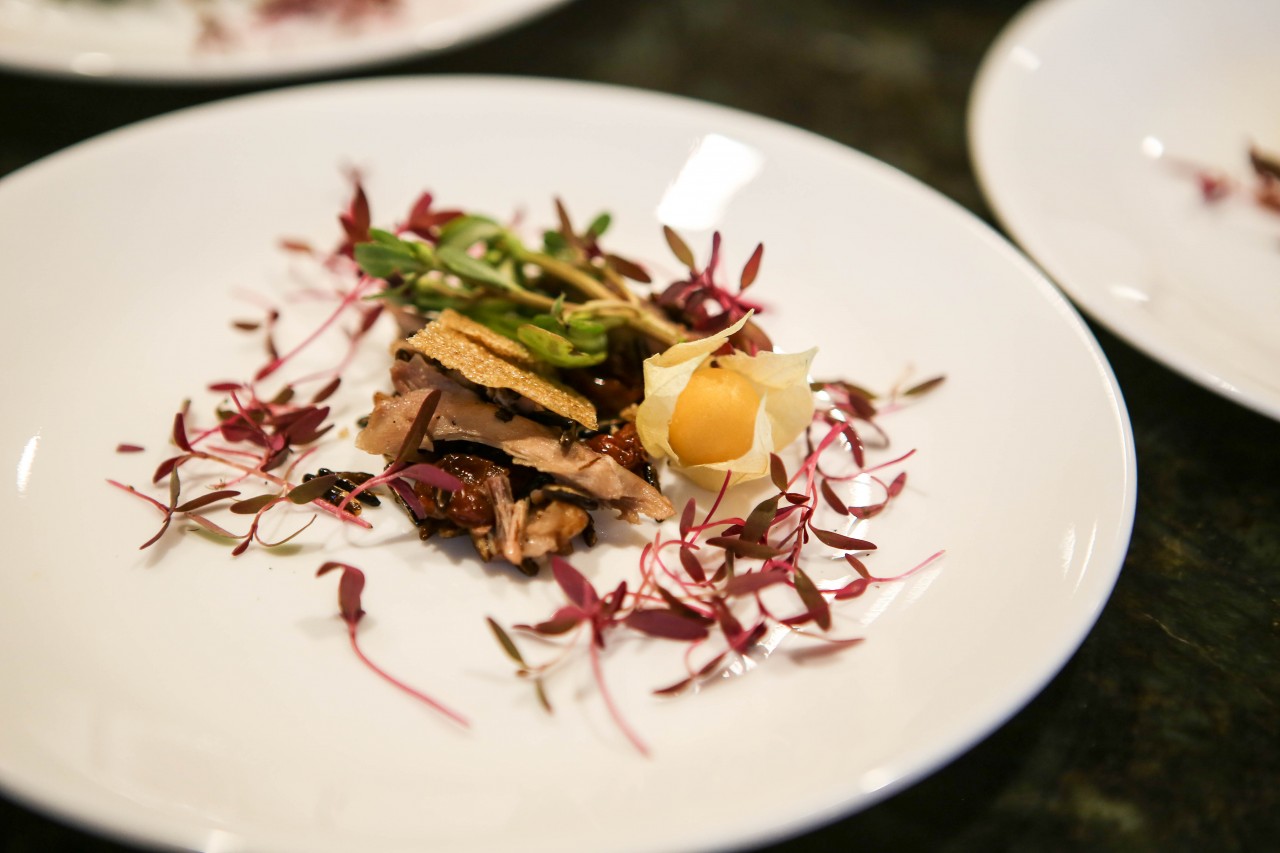 Chef Sean’s impressive menu for the evening which included duck, bison, walleye and rabbit along with all kinds of local plants and flavors was just the beginning, his artful plating stole the show as each of the five courses were served. We learned later that Sean moved to Minneapolis to go to art school, but ended up realizing that there is art in food presentation. He had been working in kitchens from a young age around the Pine Ridge Reservation in southwest South Dakota. 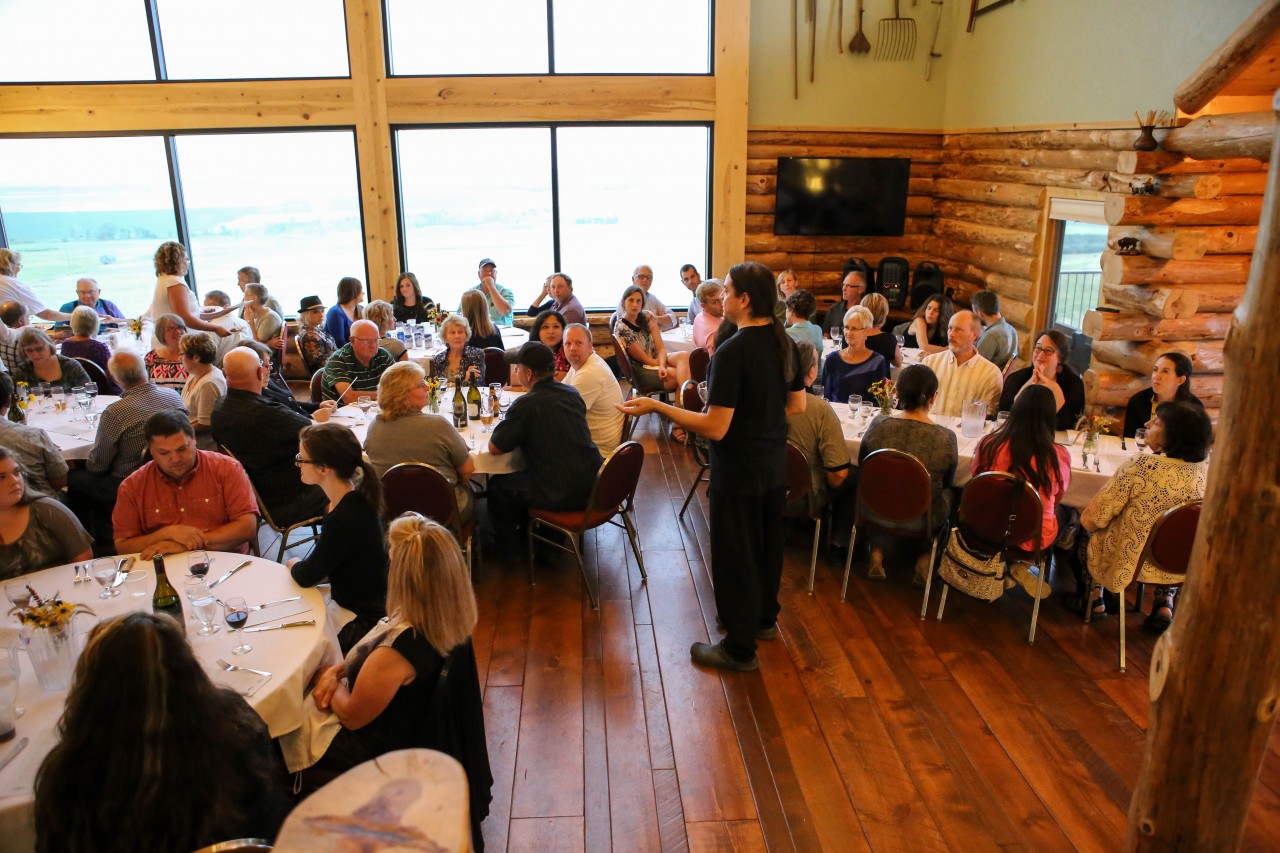 Our dinner guests were treated to a detailed description of each course which touched on historical, cultural and even nutritional significance of the foods. The evening was so much more than fine dining, it was entertaining, it was educational and it was even inspirational! 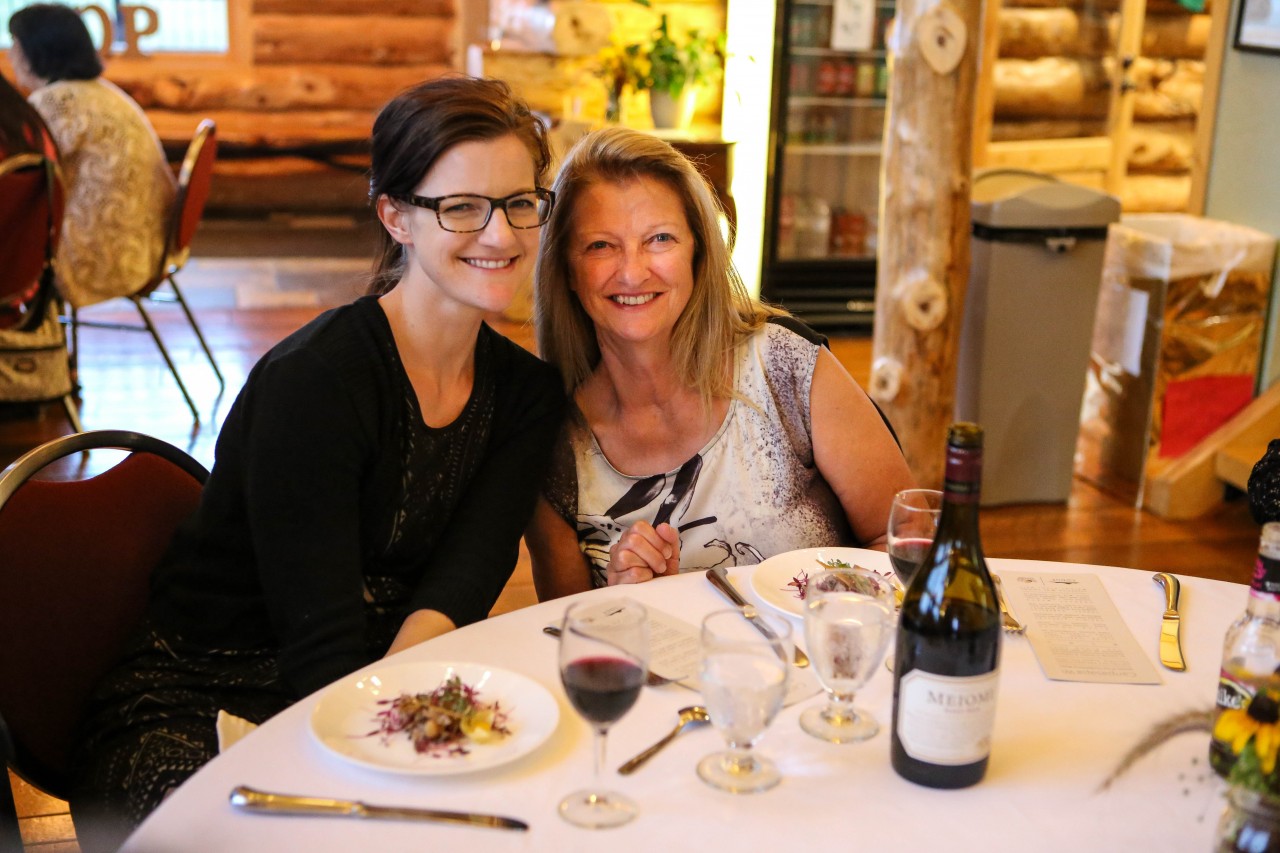 As Sean’s unique work becomes more and more recognized, he may become harder to book for events such as this. Between his catering business, speaking engagements, his new food truck and a new book deal, he keeps himself pretty busy. We look forward to the day when we can eat at his restaurant (which exists only as a rumor) and we hope to have The Sioux Chef and his team back to the lodge in the future for another fascinating experience. 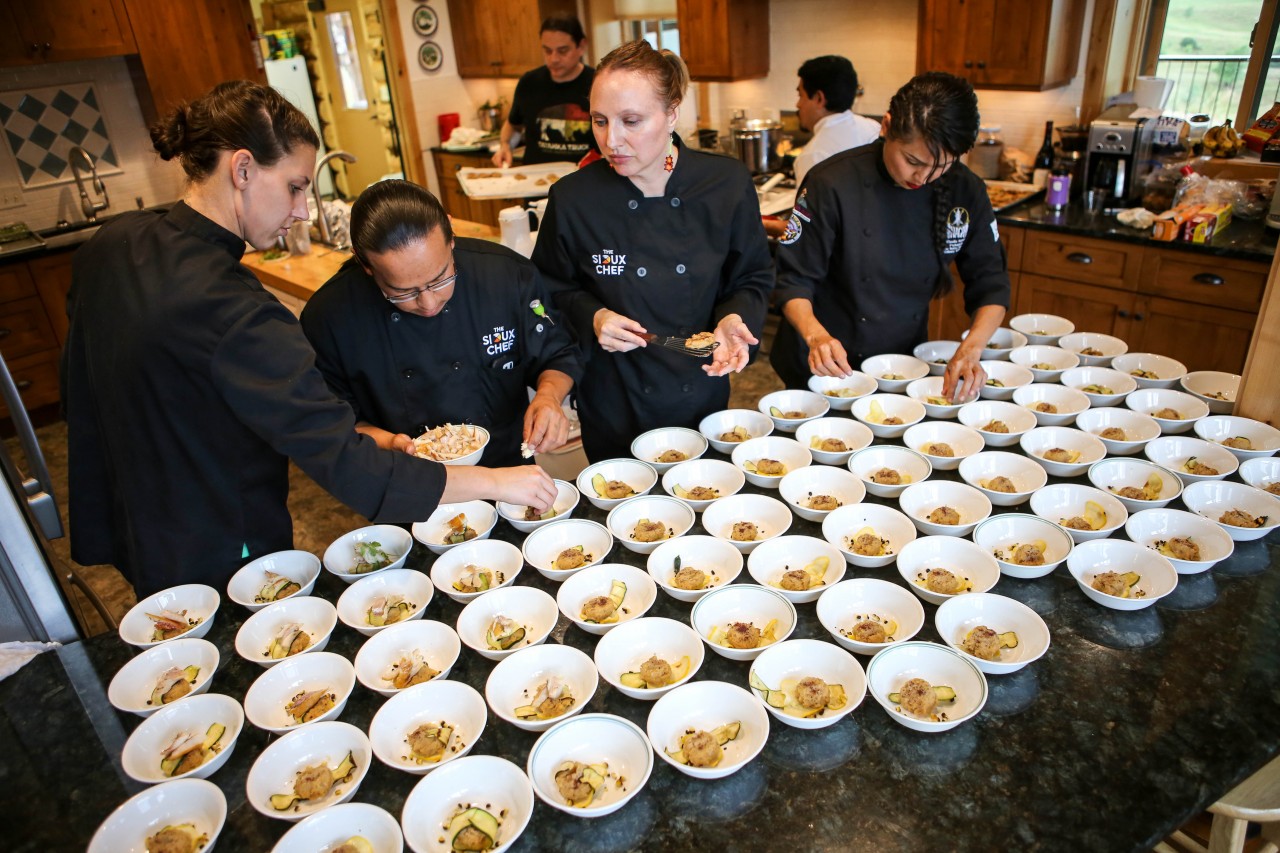