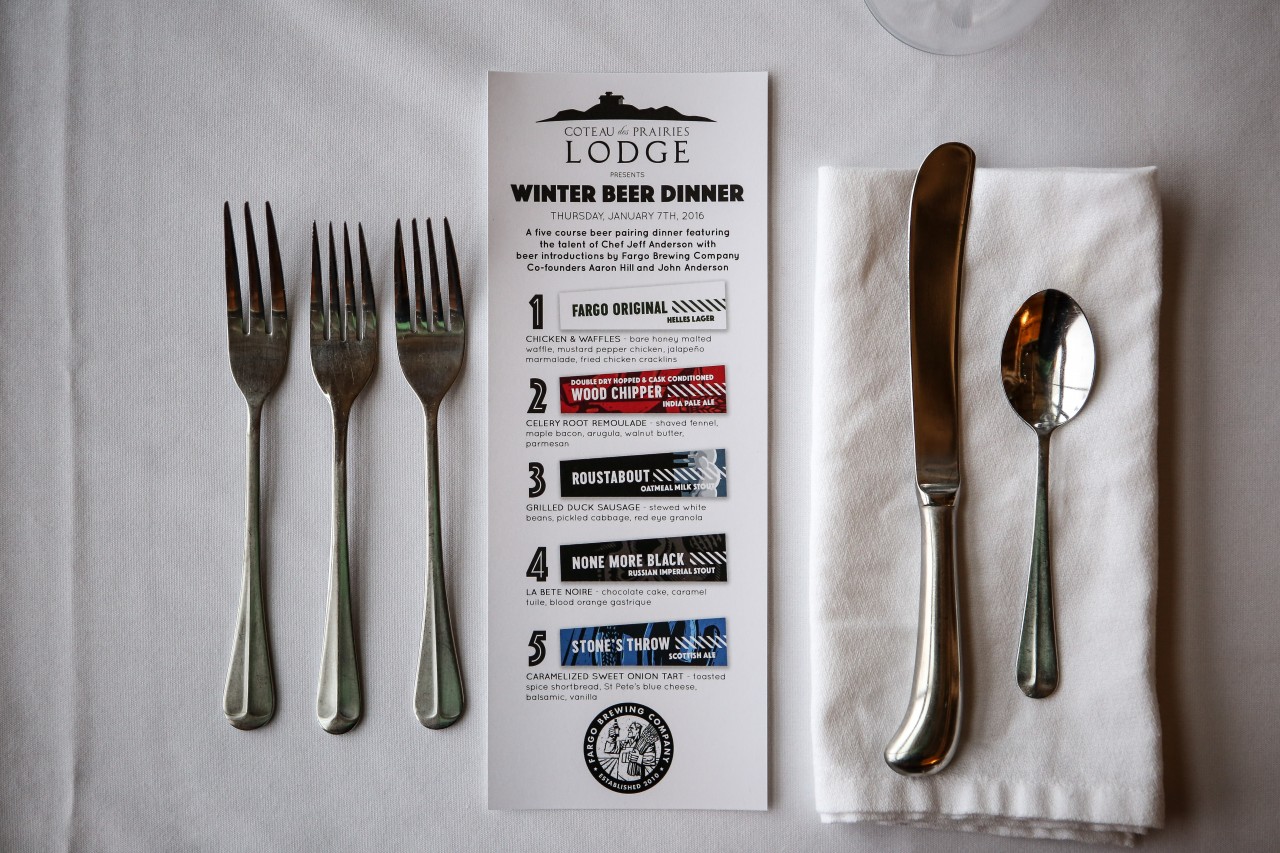 On January 7th, we hosted our Winter Beer Dinner which featured five awesome beers from Fargo Brewing Company. Fargo Brewing Co-founders Aaron Hill and John Anderson spent the evening at the lodge and introduced their brews to our dining guests. The incredible five course pairing menu was created by Executive Chef Jeff Anderson from The Lowry in Minneapolis. 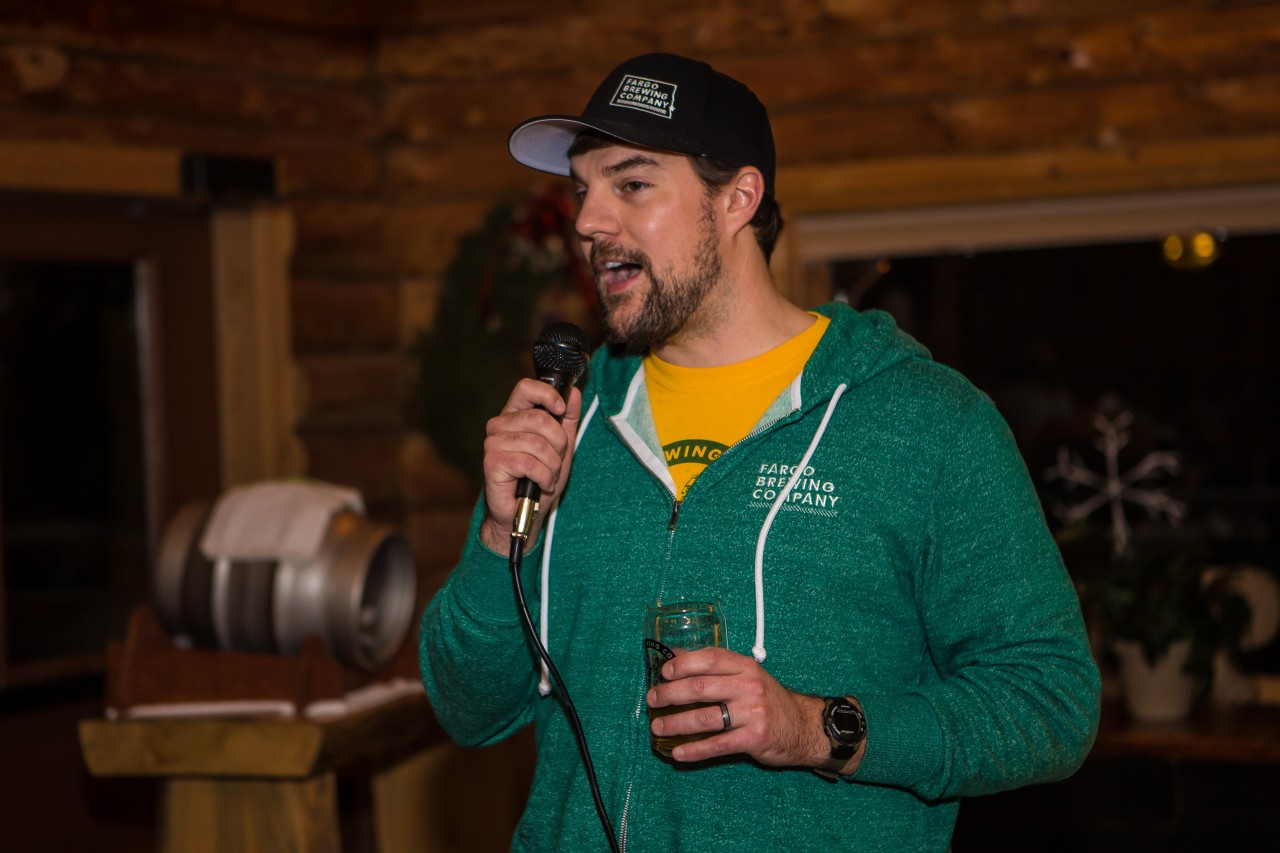 Everyone enjoyed hearing stories from Aaron and John about their experience getting the craft beer scene rolling in Fargo. Our beer dinner crowd seems interested in hearing all about the technical side of beer making along with the other fun stories, so Aaron and John filled us in on how their beer is made including all kinds of references to malts, hops, yeast and the fascinating processes behind brewing. 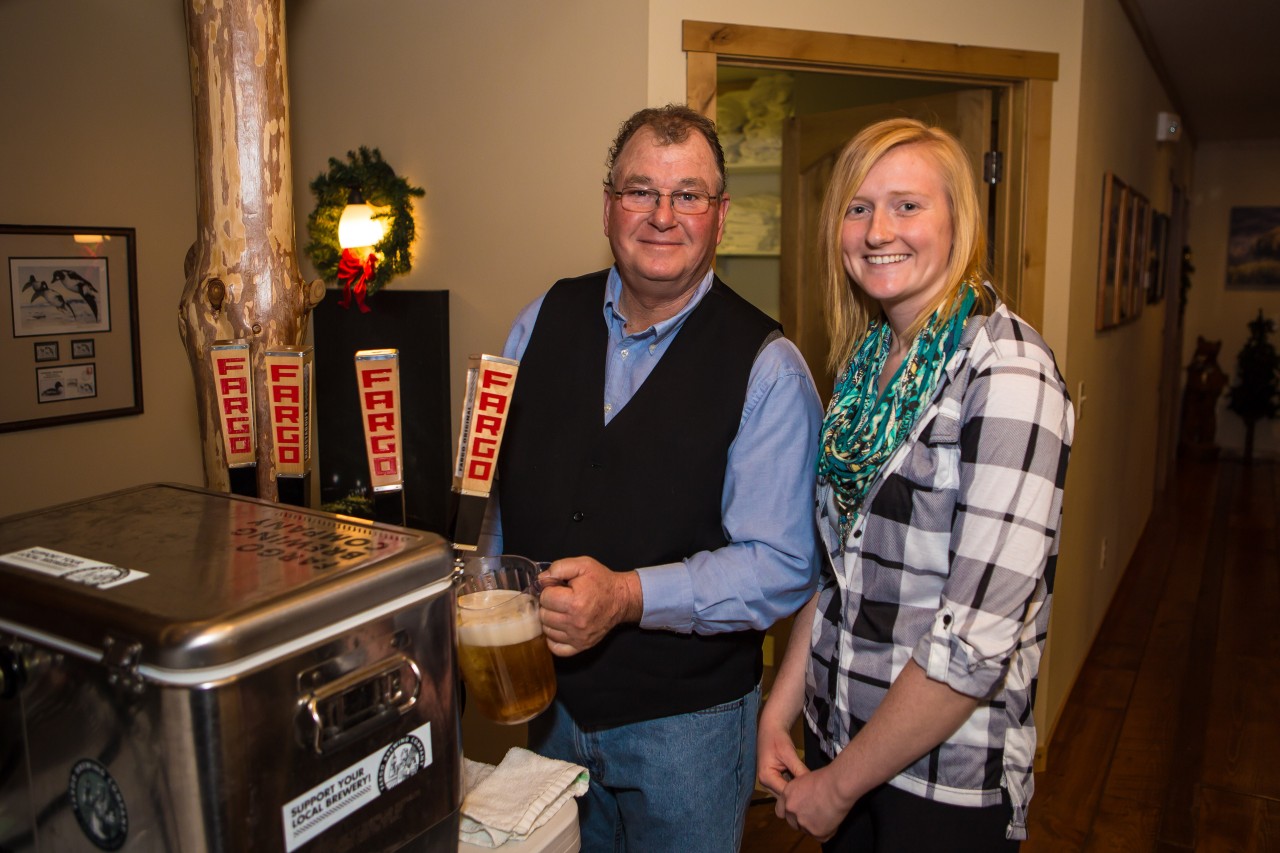 Fargo Brewing has been a staple for craft beer lovers in the area for the last 5 years. Fargo Brewing has a canning line and they also distribute their beers in kegs to bars and restaurants. As long as you are in North Dakota or Minnesota, you are never too far from a bar or store carrying Fargo Brewing products. 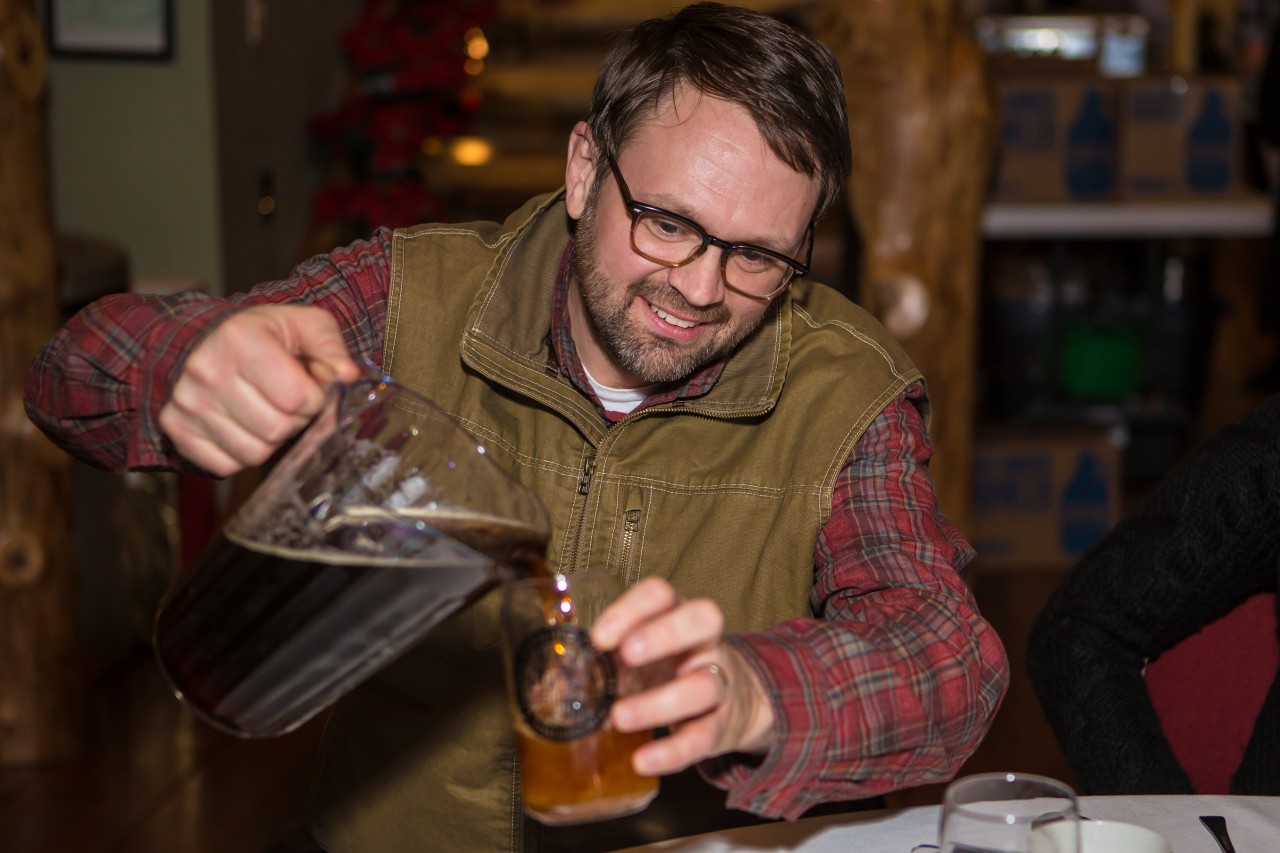 We featured some of Fargo’s new brews as well as a couple of their flagships. For our dining guests only, Fargo Brewing brought a one-off pin (cask) of Wood Chipper IPA double dry hopped with Centennial hops. We tapped it together in the old fashion, with a mallet and beer tap. One brave volunteer gave it good whack! We also tapped (and emptied) a keg of Fargo’s limited release None More Black Russian Imperial Stout. Wow, what a beer! Oh, and we were treated to a round of their brand new, award winning helles lager called Fargo Original. 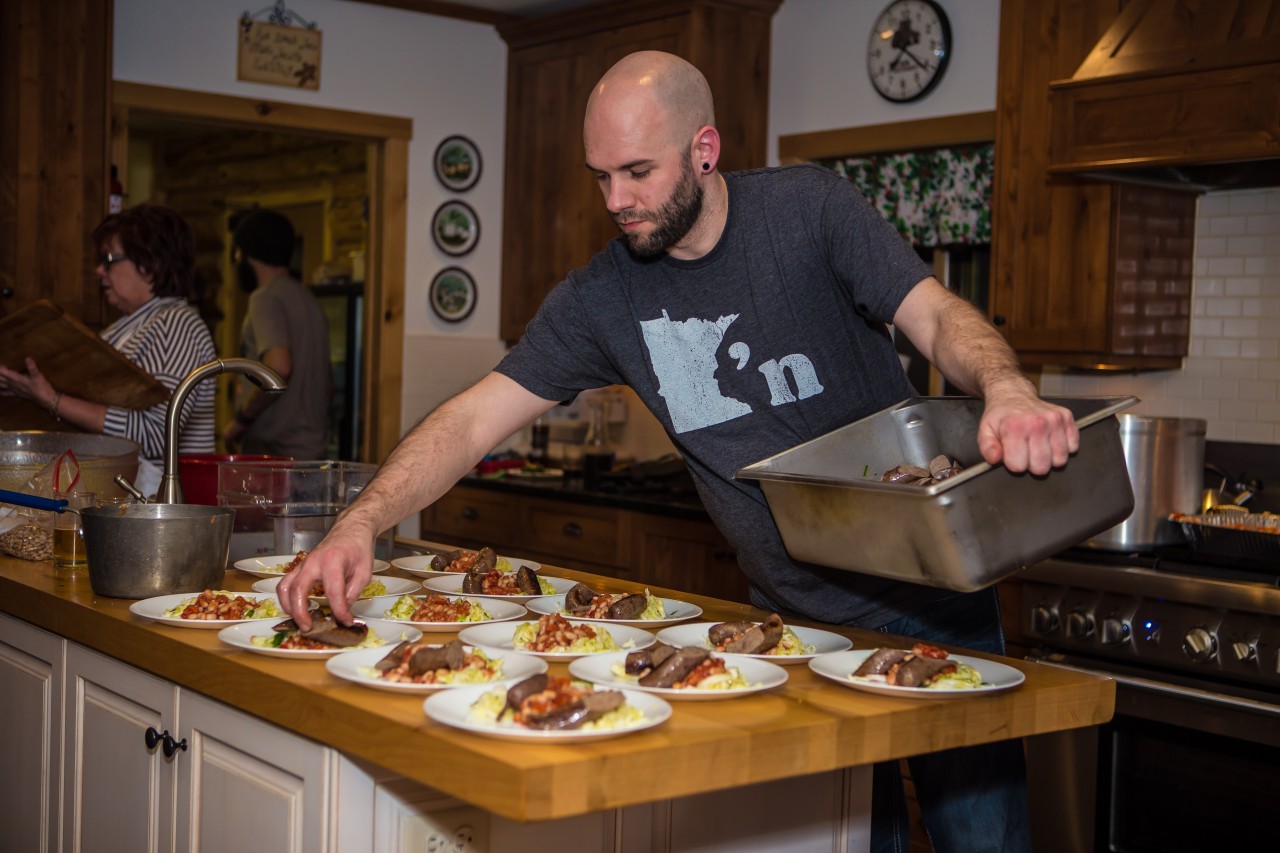 Chef Jeff Anderson amazed us with beautiful plating and a wide array of flavors to pair with the diverse selection of beers. From Chicken & Waffles to Grilled Duck Sausage and La Bete Noire to Caramelized Sweet Onion Tart, Chef Jeff ran the culinary gamut. Reading Jeff’s menu description is fascinating as dining guests wait in anticipation for each course, but when the dish hits the table, his preparation is always a surprise!

It never ceases to amaze us how a good drinking beer can be transformed into the perfect pairing for a dish by a skillful chef. Chef Jeff’s menu stole the show but everyone’s taste buds were the clear winners of the night.

We have another dining event planning for Thursday, February 18th. It is still in development, but it is going to be really cool. Keep an eye out for the official announcement. 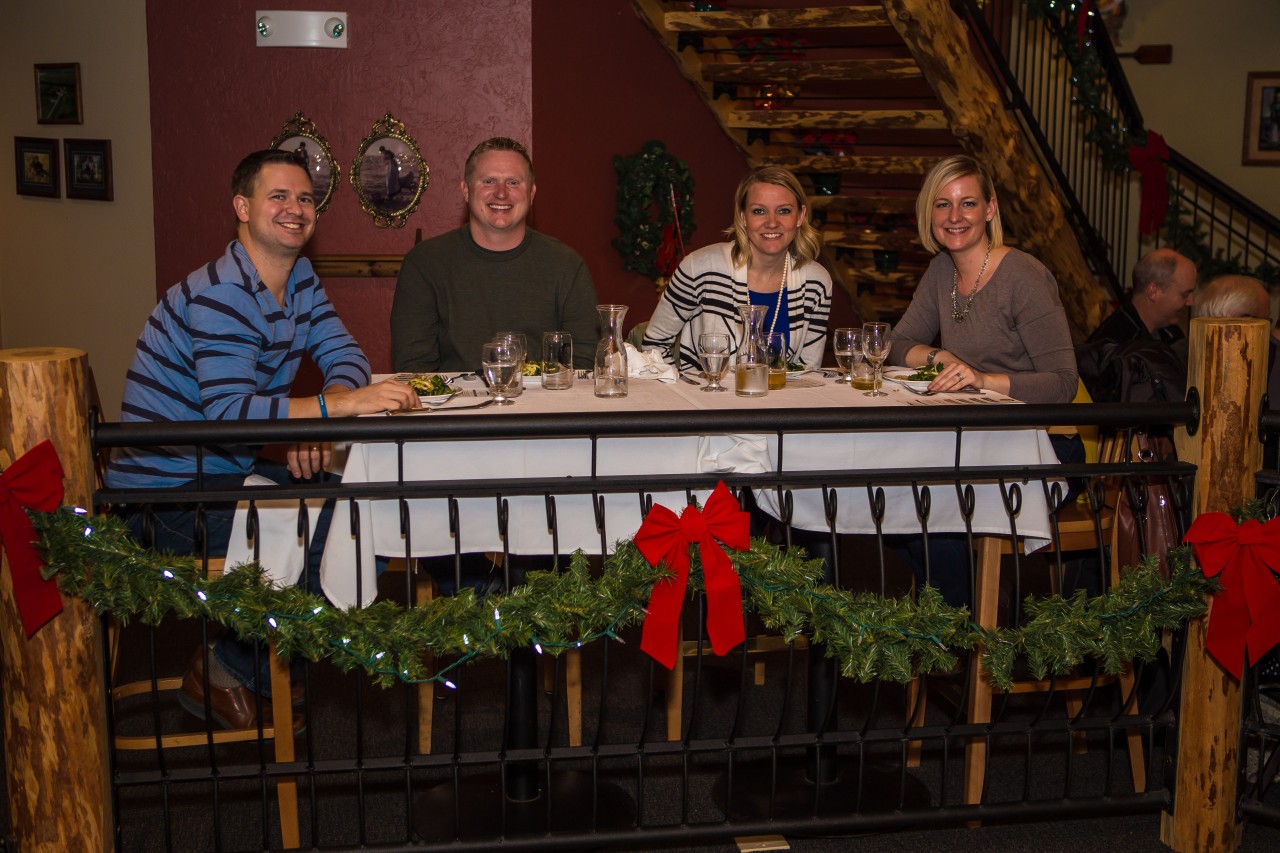