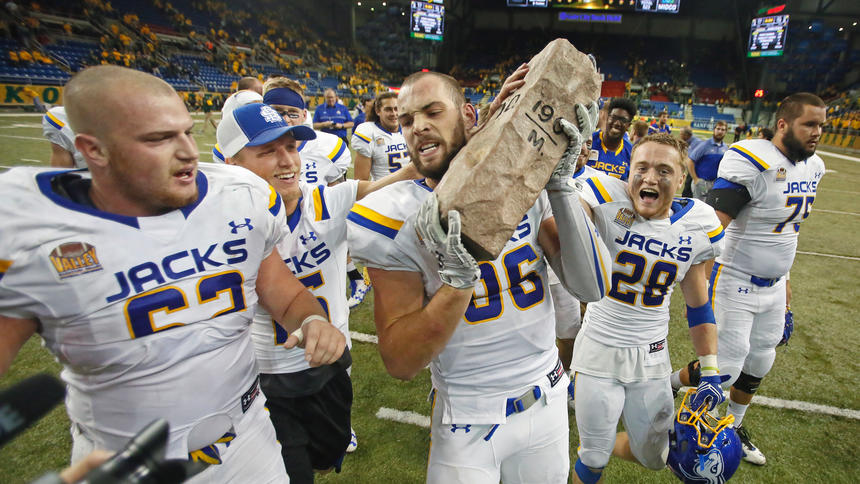 Nobody around here needs a reminder that there is a big postseason football game this weekend in the land formerly known as Dakota Territory. Folks know. The NDSU Bison get a rematch against their most formidable foe – The SDSU Jackrabbits! The Jacks were the only team to beat the Bison this year. 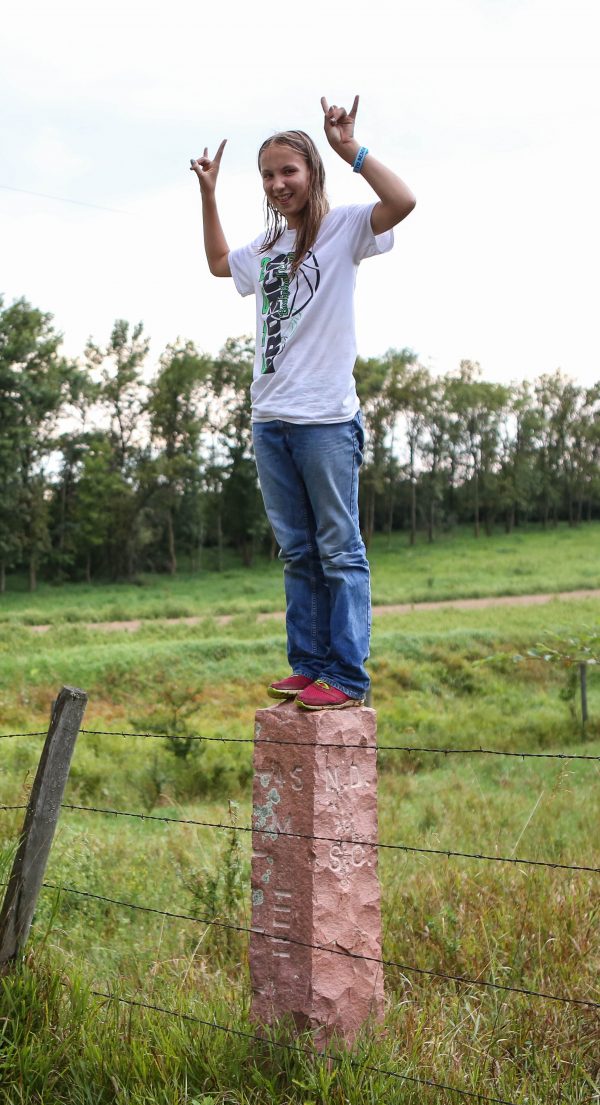 The rivalry, enshrined by the Dakota Marker trophy, is alive and well for Dakotans on both sides of the border. The showdown on Saturday might be the most anxiously anticipated game in rivalry history…which by the way, goes all the way back to 1903 when the Bison beat the Jacks 85-0 in Fargo.

At the lodge, being basically on the border of North and South Dakota, we meet fans of both teams. The rivalry often comes up in conversation. A popular pastime for our guests is a hike to the real Dakota Markers that dot the border. Its like a pilgrimage for NDSU and SDSU fans to go see one of the lonely granite markers, many of which can be found in nearby pastures, fields, ditches or more commonly…serving as a fence post.

The Breker family, which operates the lodge, is made up largely of past NDSU attendees and has genuine pride in the North Dakota school. Besides that, Jeff Illies, a young man from Lidgerwood, is a local hero playing for the Bison. Jeff, number 86, is a 6’3″ tight end in his junior year. He has been a huge part of the Bison’s success this season.

There is another local hero from across the border who wears the same number on his jersey, but in blue and yellow. That would be Dallas Goedert. Some are calling him the Britton Bomber. Dallas, number 86, is a 6’5″ tight end also in his junior year.

Dallas Goedert has snagged 86 receptions for 1,238 yards and 11 touchdowns, making him the undisputed top producing TE in NCAA Division I FCS. As in the whole [F]ootball [C]hampionship [S]ubdivision. All 125 teams. He has over 300 receiving yards more than the next best TE. He has caused quite a stir among the local Bison fans. Among them are the Brekers. You see, Dallas is Patty Breker’s nephew. Patty has been a faithful Jacks fan, traveling to every game this season…even the TCU game in Texas. Patty and Dallas have been turning long time Bison fans into, dare we say, Jacks fans!

More on Dallas. Off the field, we know him as a charming, goofy, life-of-the-party, but humble kind of guy. On the field, he is a tough and unrelenting competitor at the highest level, even playing through a painful knee injury during the season. He has one more season left with the Jacks, which you can be sure pro scouts will be watching with interest. Wouldn’t it be great to see this local sensation go to the NFL? He’s not camera shy…he’ll fit right in!

As for the playoff game on Saturday, it is sure to be a doozy. A ‘clash of titans’ sort of contest. One thing we are confident of…the victor will go on to win the national title in Frisco, Texas on January 7th! 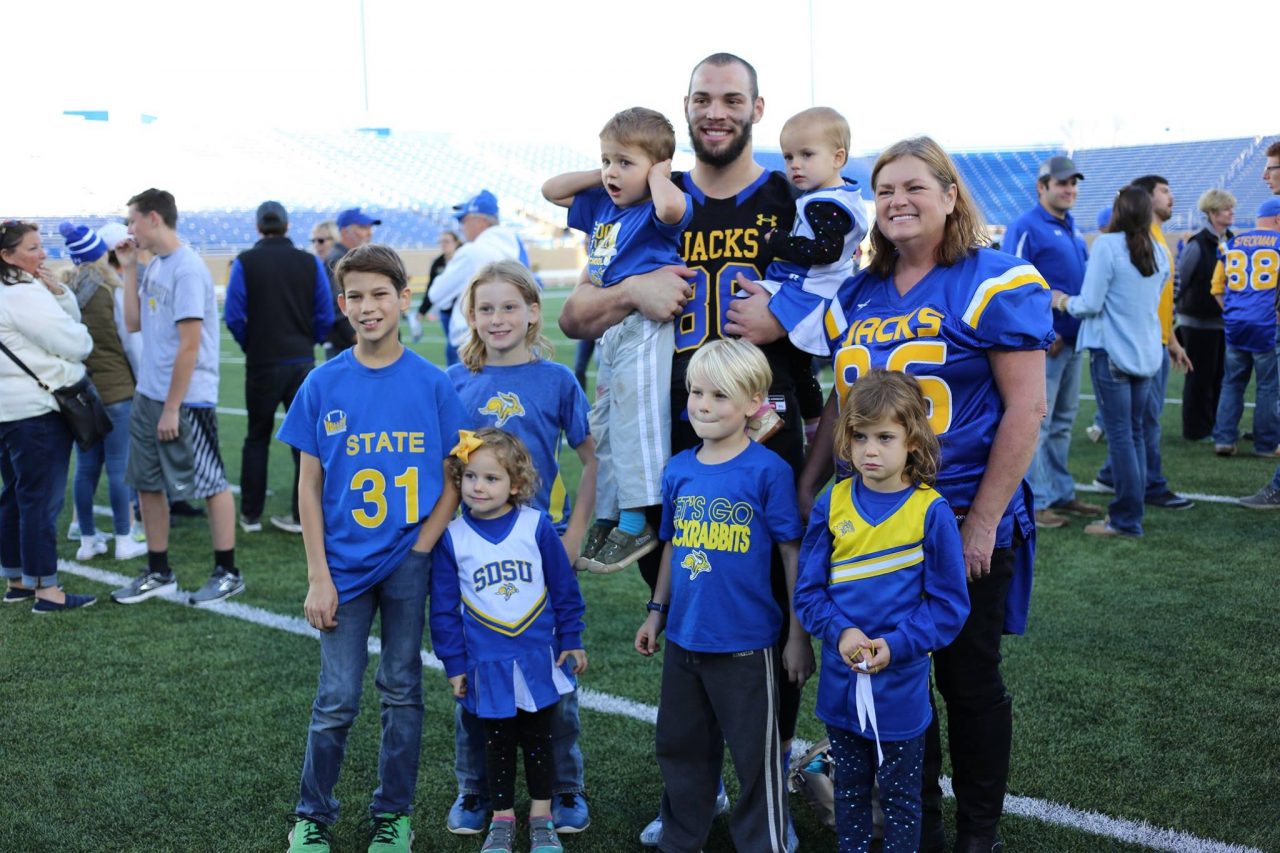 Dallas Goedert after a home game at SDSU with Patty Breker and an assortment of her grandchildren all clad in Jacks apparel. (Photo by PhotoRx Media)