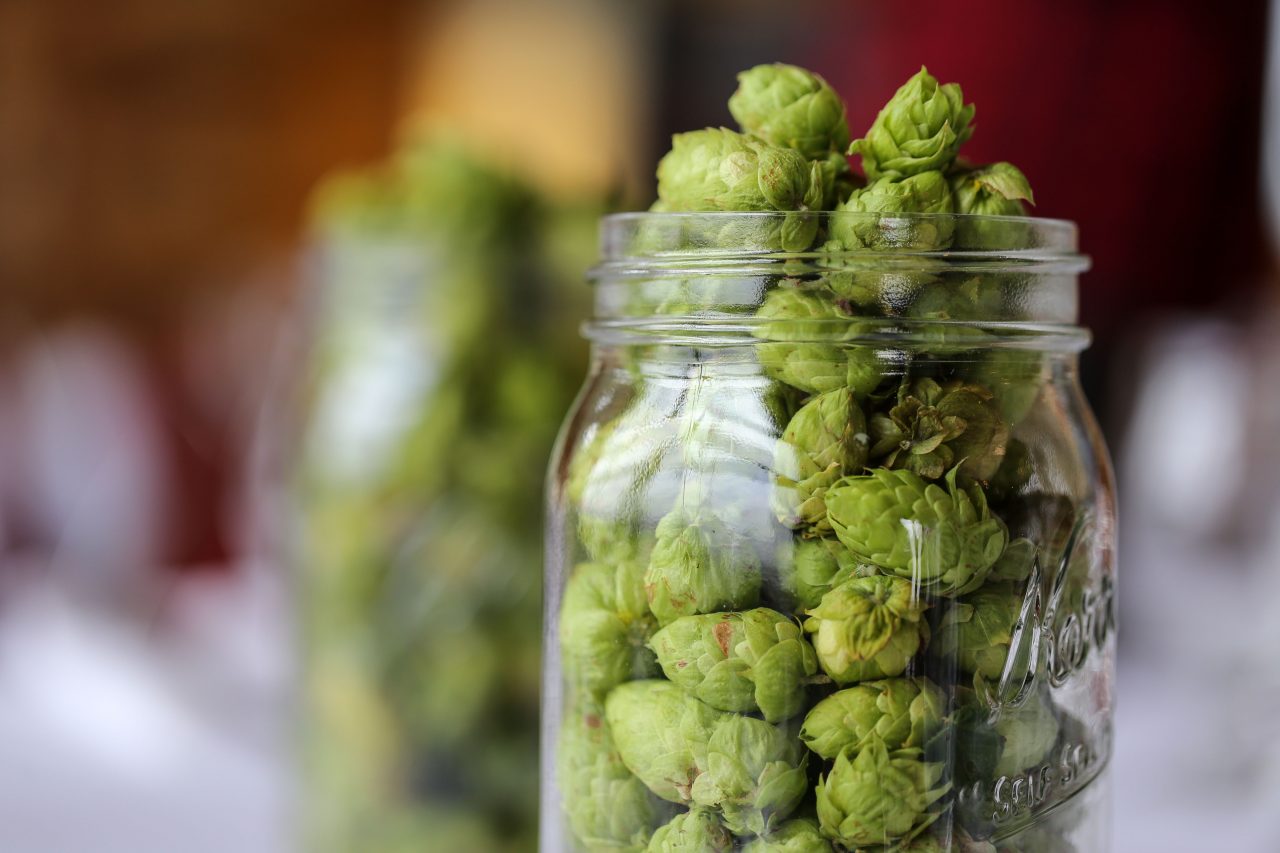 Tables decorated with jars of freshly picked hops grown on the Breker farm.

On September 21st, we hosted our Fall Beer Dinner which featured five awesome beers from Fulton Brewing Company. Fulton Brewing president and co-founder Ryan Petz spent the evening at the lodge and introduced his brews to our dining guests. The incredible five course pairing menu was created by Chef Jeff Anderson from Blue Plate Restaurant Company in Minneapolis. 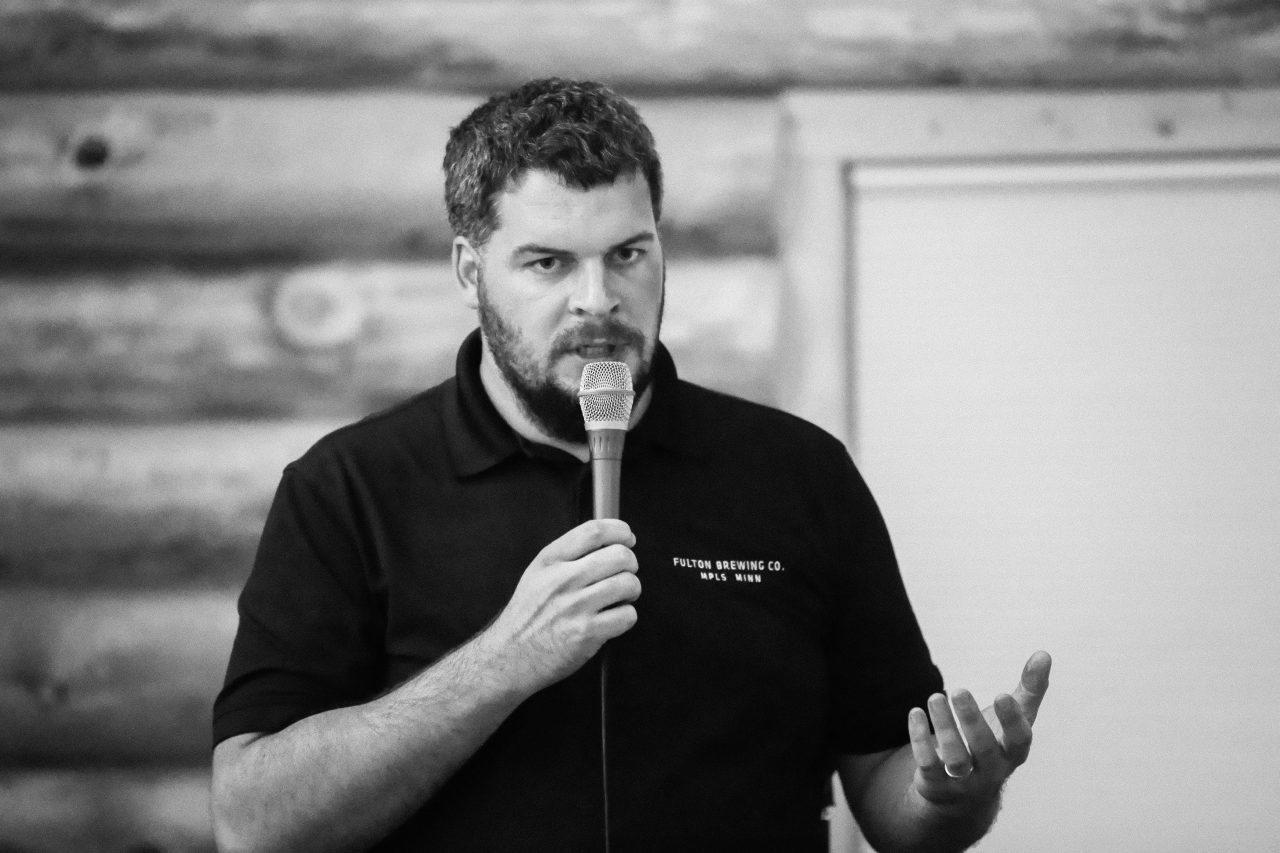 Everyone enjoyed hearing stories from Ryan about his experience with the craft beer scene in Minneapolis. In 2006, Ryan started homebrewing with three buddies in a one stall garage in South Minneapolis. In 2009, that same group of beer lovers launched the commercial brewery known as Fulton. Our beer dinner crowd is interested in hearing all about the technical side of beer making, so Ryan filled us in on how Fulton beer is made including all kinds of references to malts, hops, yeast and the fascinating processes behind brewing. 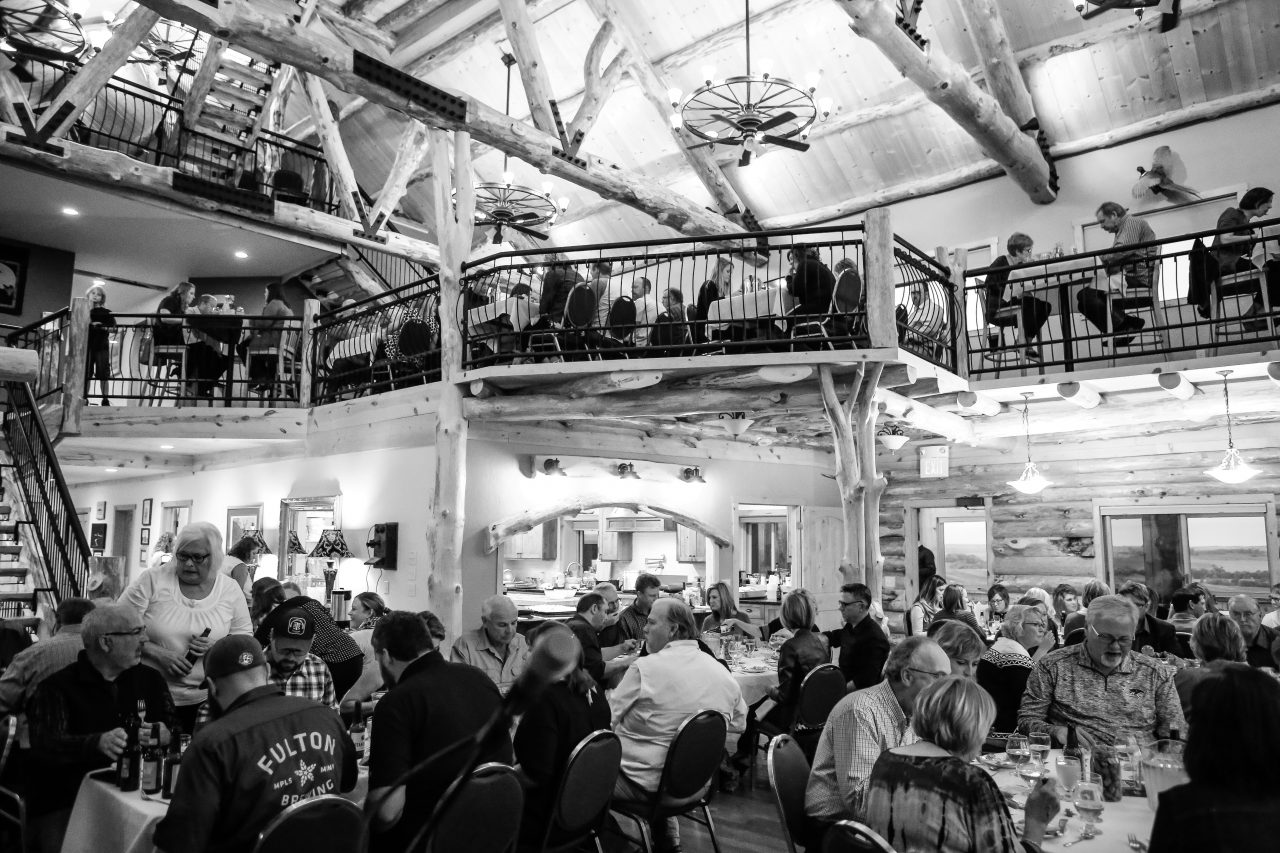 Fulton is a staple on tap lines and liquor stores across the region. They have built a reliable lineup of flavorful craft brews for beer lovers across the taste spectrum. Our Fall Beer Dinner guests were among the first to try Fulton’s new year round beer ‘Standard Lager’. Standard is an all-malt American lager, amber in hue and full of flavor. We also enjoyed Fulton’s Taproom exclusive ‘MPLS Mild’, an English Dark Mild Ale…perfect for ushering in the chilly fall evenings ahead. 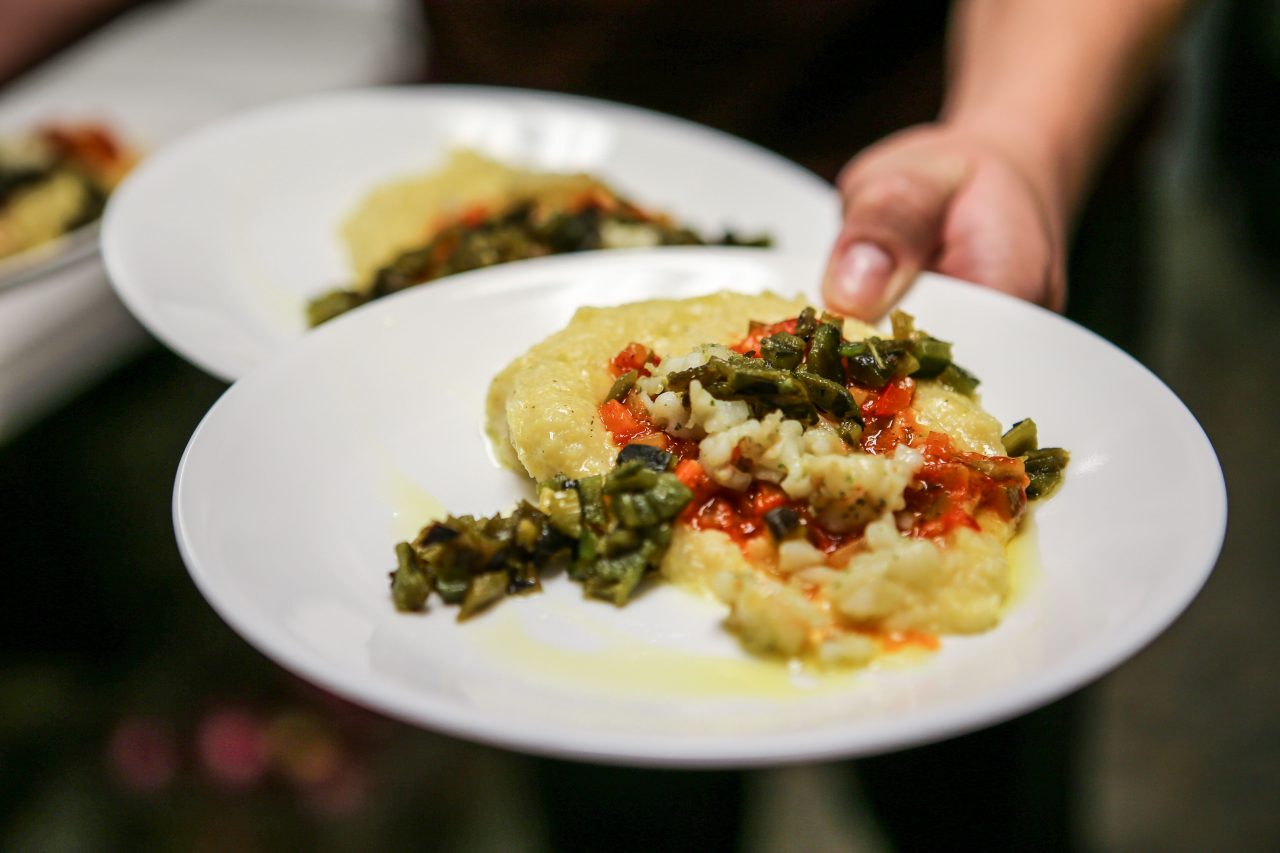 Chef Jeff amazed us with beautiful plating and a wide array of flavors to pair with the diverse selection of beers. Jeff is known for his scratch cooking and he amazed guests with fresh sausage, cheese, sauces, even crackers that he made just for the event. The highlight was his use of our exclusive 28 Day Dry Aged Breker Beef in not one, but two courses. As always, Jeff’s food presentation is unique and beautiful. 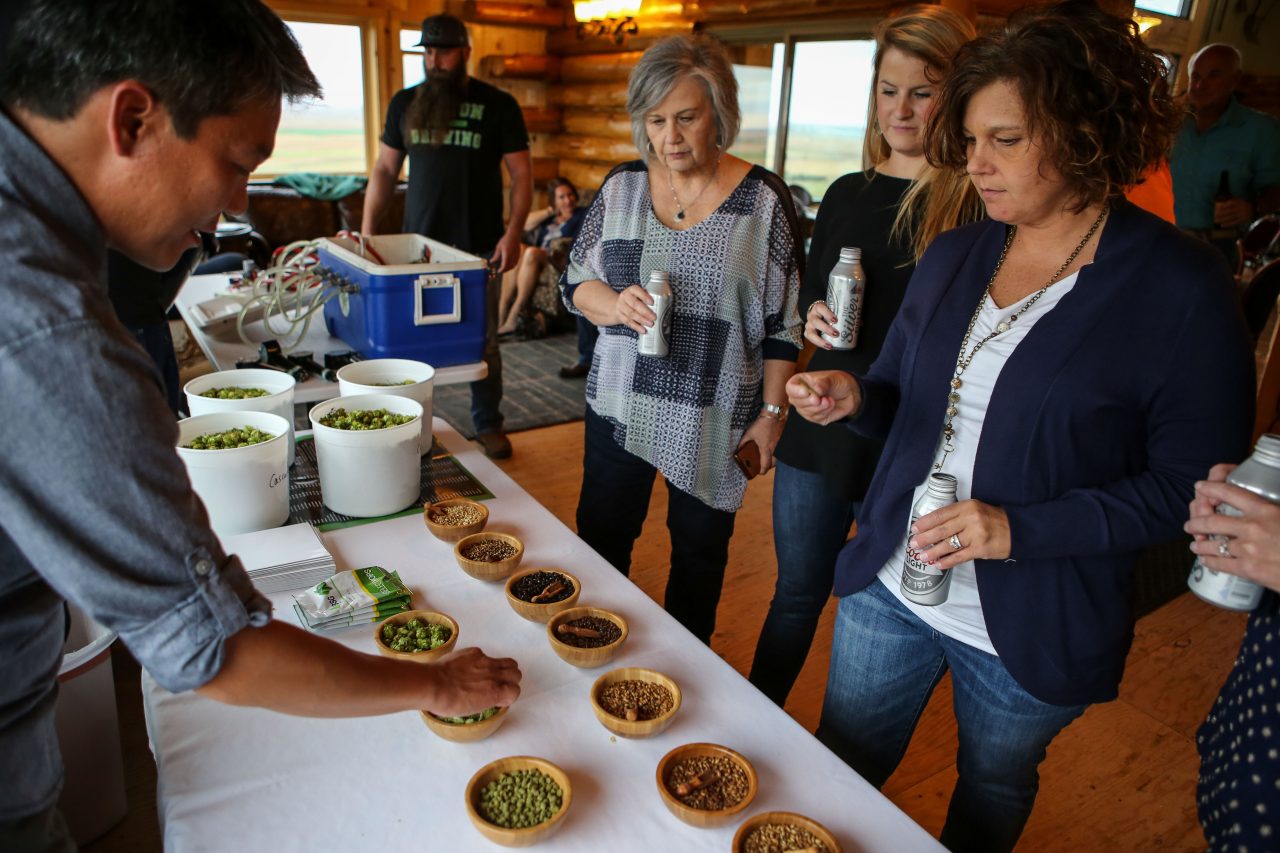 With hop harvest on the Breker farm coinciding with our Fall Beer Dinner, we took advantage of the opportunity to use fresh hops (wet hops) to make a batch of beer at the lodge during the event. We invited all-around beer expert Juno Choi, from BSG (Brewer Supply Group), to put on a brewing demonstration for our guests. Juno took over the porch and gave guests an opportunity to smell, touch and taste the ingredients used in brewing. He made a 10 gallon batch of a wet hopped pale ale. 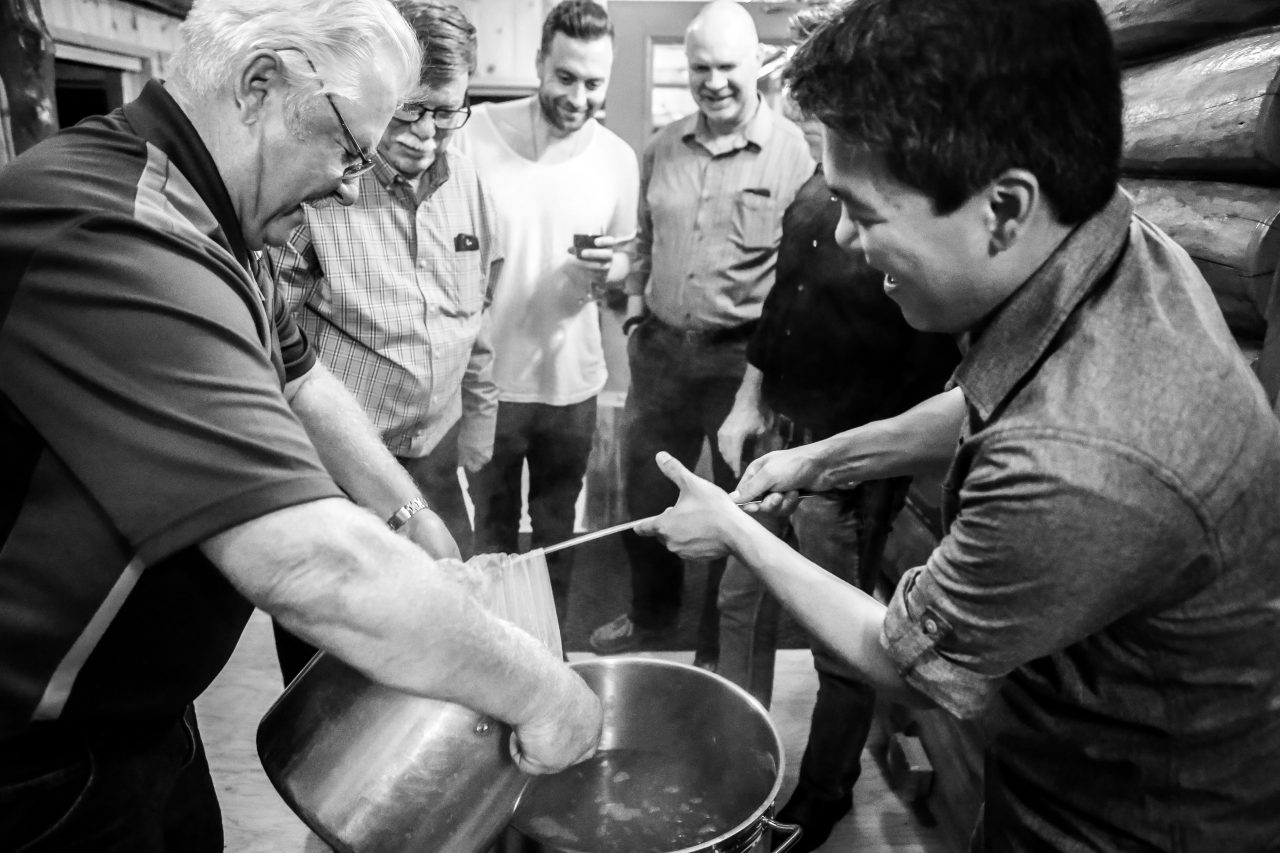 The Breker family has a heritage of homebrewing going back to Joe Breker’s late father Clarence Breker who was making beer back in the early 1970’s. Clarence was known as a master of hospitality and it was typical for him to pour guests a frosty mug of ‘Breker Beer’. The beer brewed by Juno at our Fall Beer Dinner is now bottled and ready to enjoy. We welcome our guests to stop out and try it! 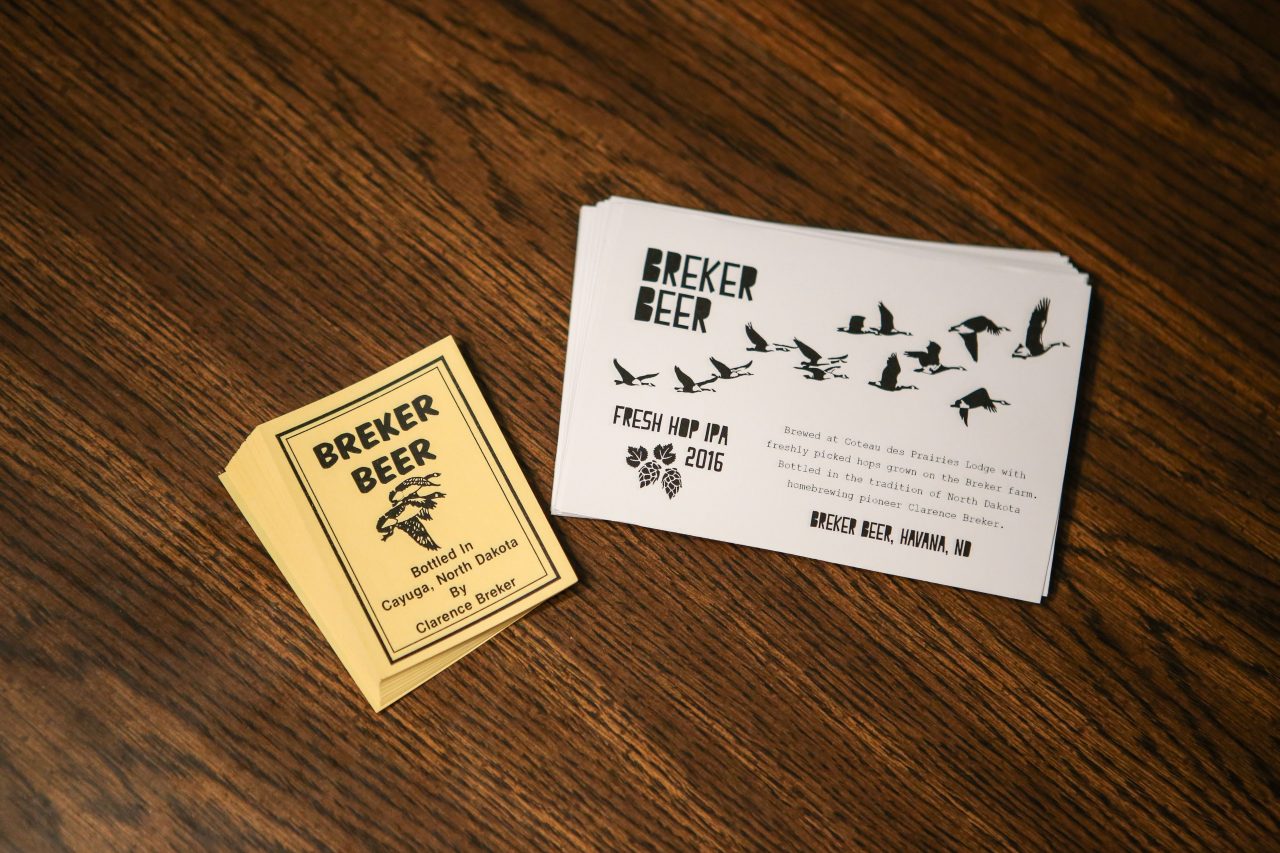 In the tradition of Clarence Breker, we are calling it ‘Breker Beer Fresh Hop IPA’. Breker Beer is NOT for sale, but we are happy to serve samples for the enjoyment of our guests. 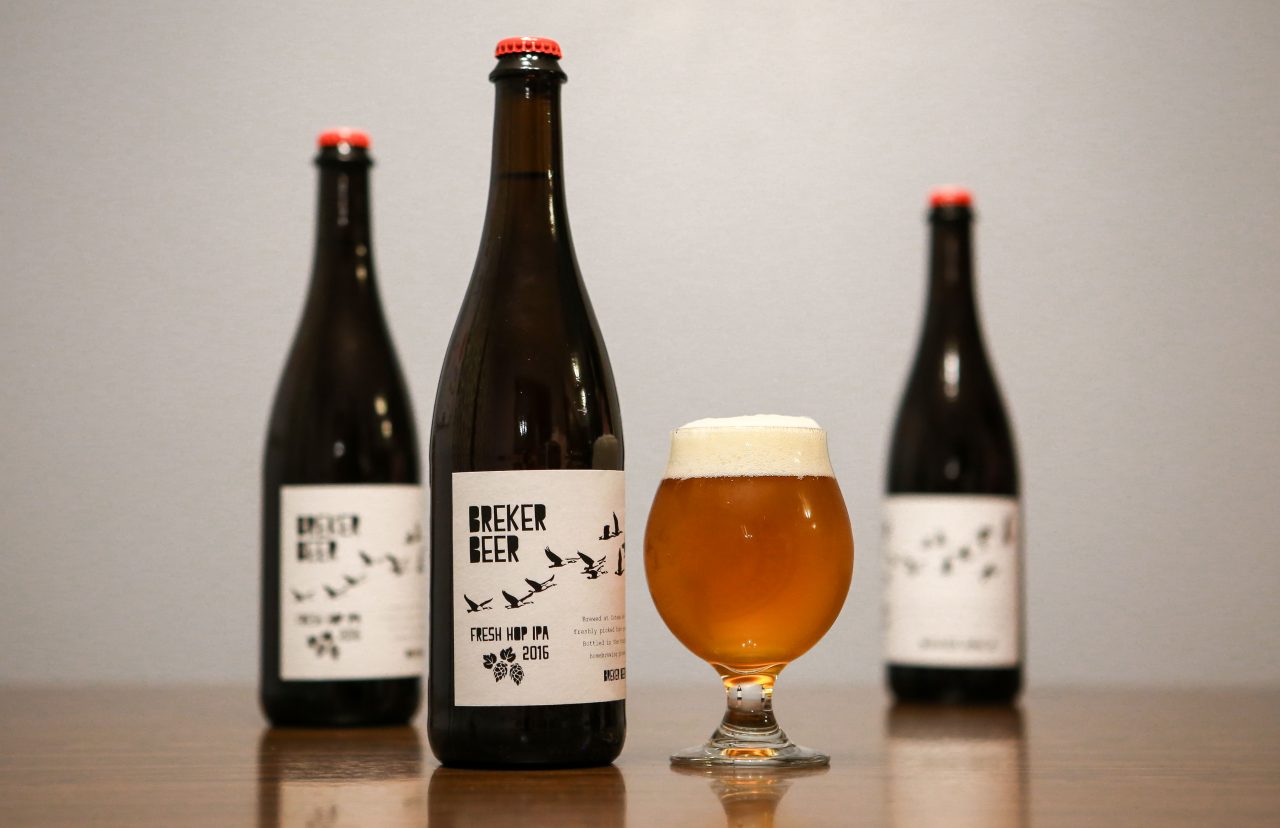 We have another beer dinner in the works for the winter. It is still in development, but it is going to be really great. Keep an eye out for the official announcement. 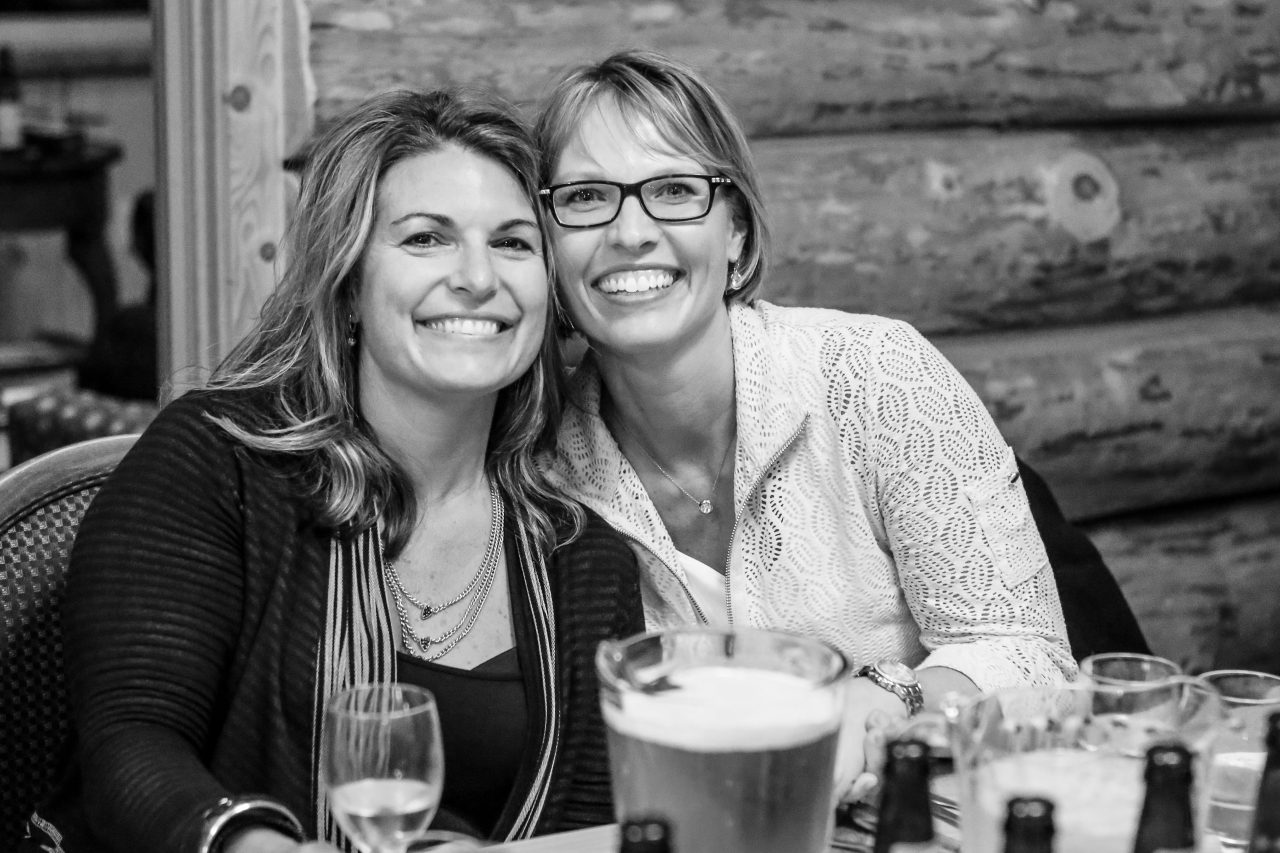 To see more fun photos, click on the image below to open the photo gallery. Photos by PhotoRx Media.