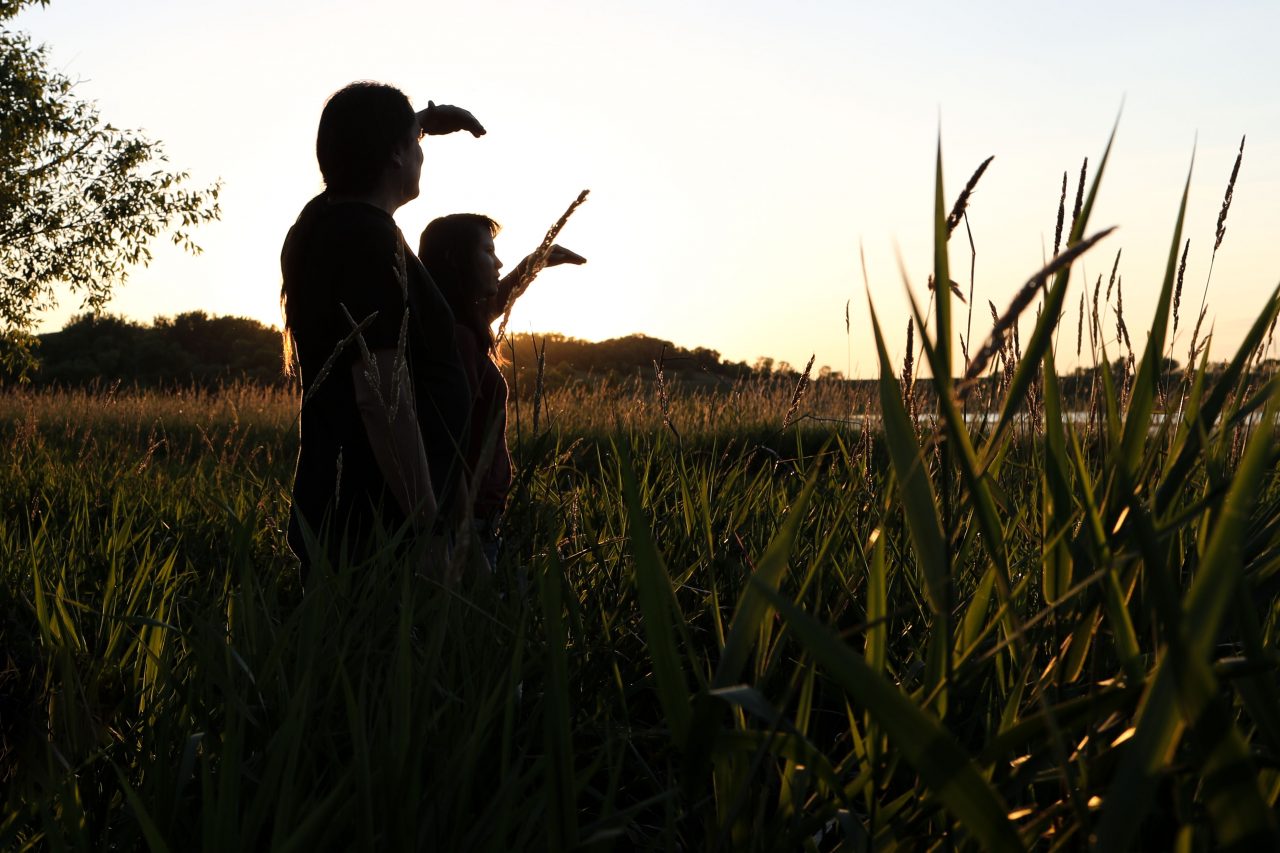 What is Native American food?

That is the question being answered by Chef Sean Sherman. The company he and his partner Dana Thompson founded – The Sioux Chef – is on a mission to bring Native American food into modern-day relevance while educating Native communities and the general public about the significance of this lost cuisine. This is unprecedented. This is important. This is exciting! 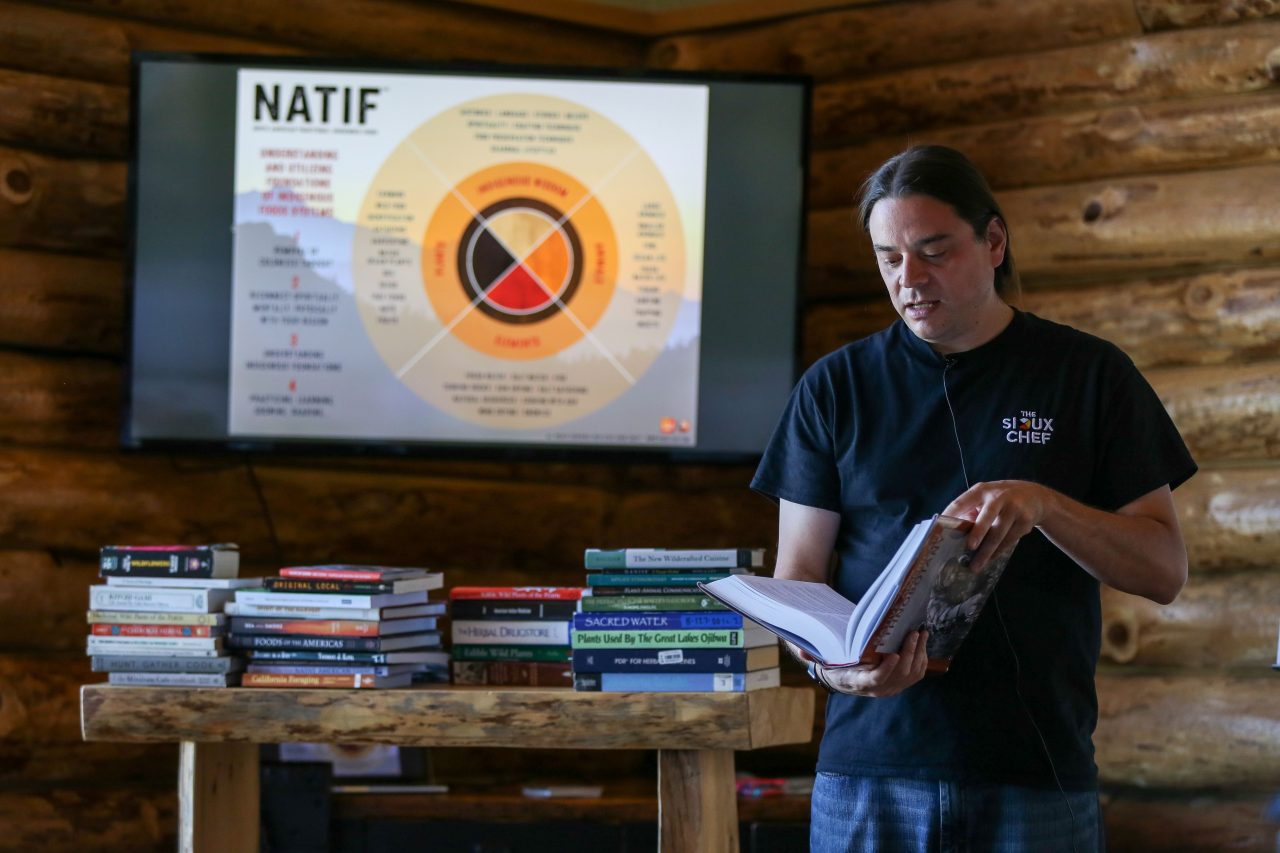 At Coteau des Prairies Lodge, we love the work The Sioux Chef is doing and we are thrilled to be partnered with them on this incredible journey. 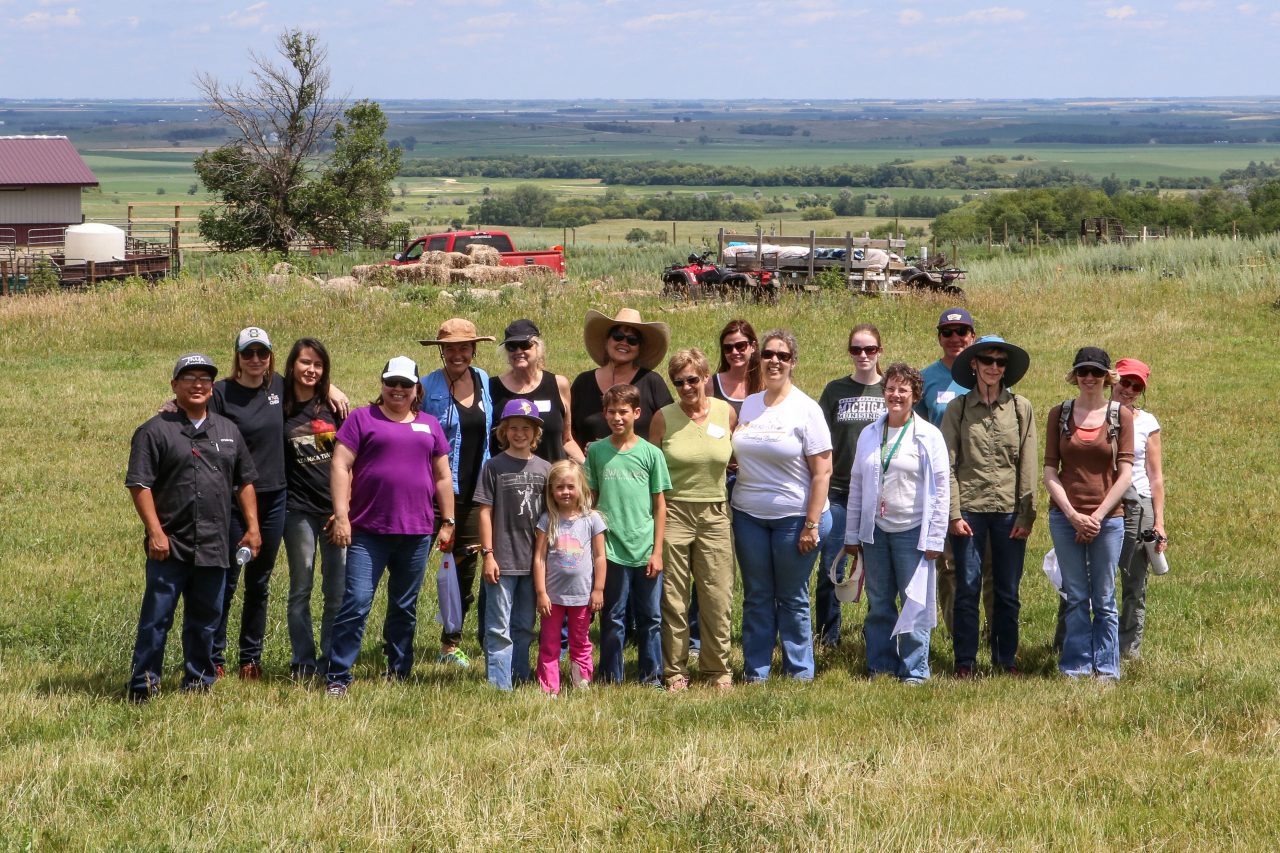 The Sioux Chef worked with the staff at the lodge over the past year to put together the first annual ‘Indigenous Foods Retreat’, which was held here on July 17-21st and attended by 15 guests who traveled to join us from all across the United States. It was a terrific success! 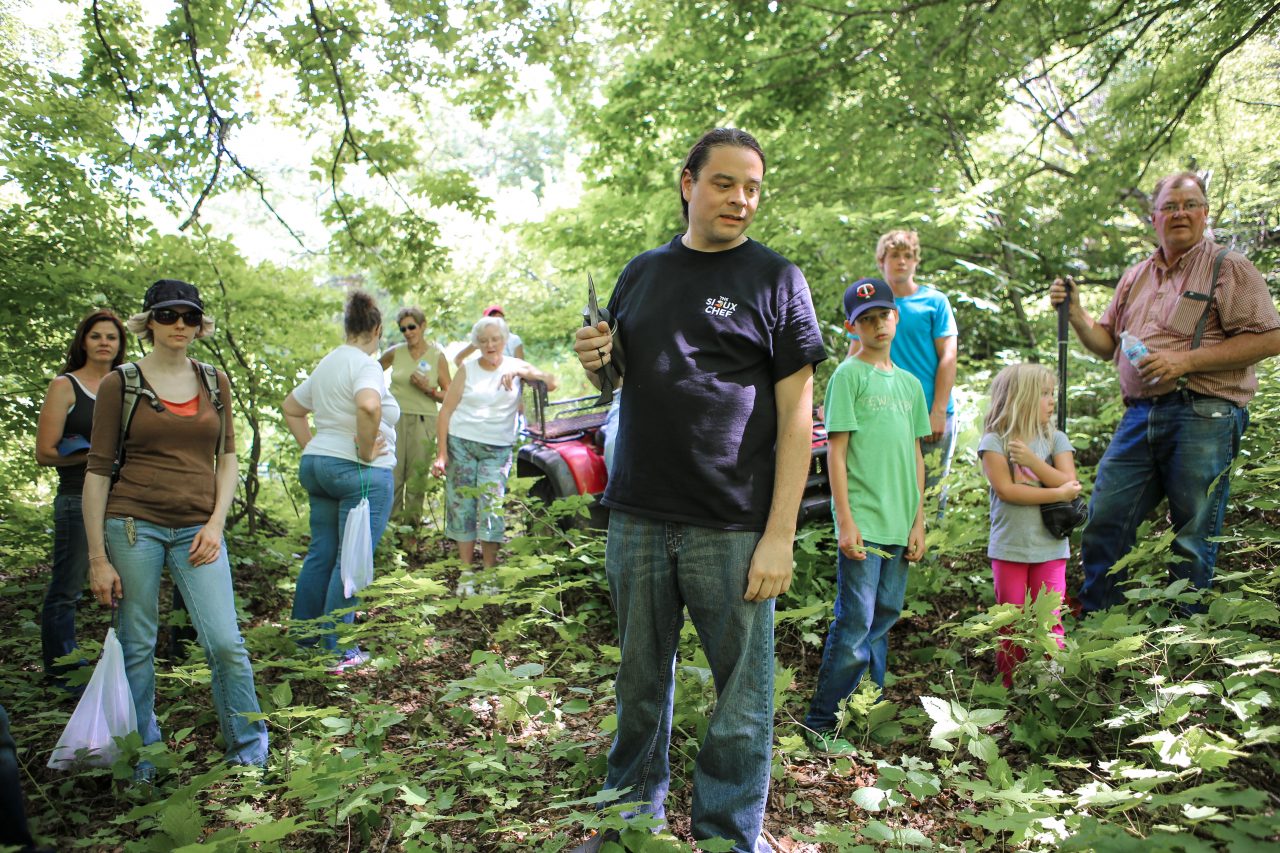 First, let us introduce the chef. Chef Sean has honed his culinary skills in kitchens throughout the region in his 27 year career, earning himself accolades and the respect of his peers. In recent years, his focus has turned to the revitalization of indigenous foods systems in a modern culinary context. Sean has studied on his own extensively to determine the foundations of these food systems which include the knowledge of Native American farming techniques, wild food usage and harvesting, land stewardship, salt and sugar making, hunting and fishing, food preservation, Native American migrational histories, elemental cooking techniques, and Native culture and history in general to gain a full understanding of bringing back a sense of Native American cuisine to today’s world.

Being born and raised Oglala Lakota in South Dakota and living in Minnesota as an adult, Sean is familiar with Dakota and Ojibwe heritage, but he has studied ethnobotany and indigenous food systems well beyond the midwest. He has traveled across the U.S. and the world meeting indigenous peoples and learning about their cultural foods. Sean has learned it is not only in the U.S. where knowledge of indigenous cultures and foods has been lost. He hopes The Sioux Chef will become a model for people around the globe to return to a healthy, sustainable and meaningful use of native foods that once defined their culture.

To attain his lofty goals, Sean’s work begins in his own backyard. Since launching The Sioux Chef two years ago, Sean and his team have been on a fast paced tour of educational seminars and pop-up dinners in Dakota and Ojibwe territory. His work has drawn a lot of attention from the food community and the media. The locals are taking notice. Sean has now invited us all to be part of a crowd-sourced funding initiative on Kickstarter to help him launch the first ever all-indigenous Native American restaurant. The restaurant will be located in the Twin Cities. To learn more about the restaurant and to be a partner in Sean’s historic journey, click HERE. 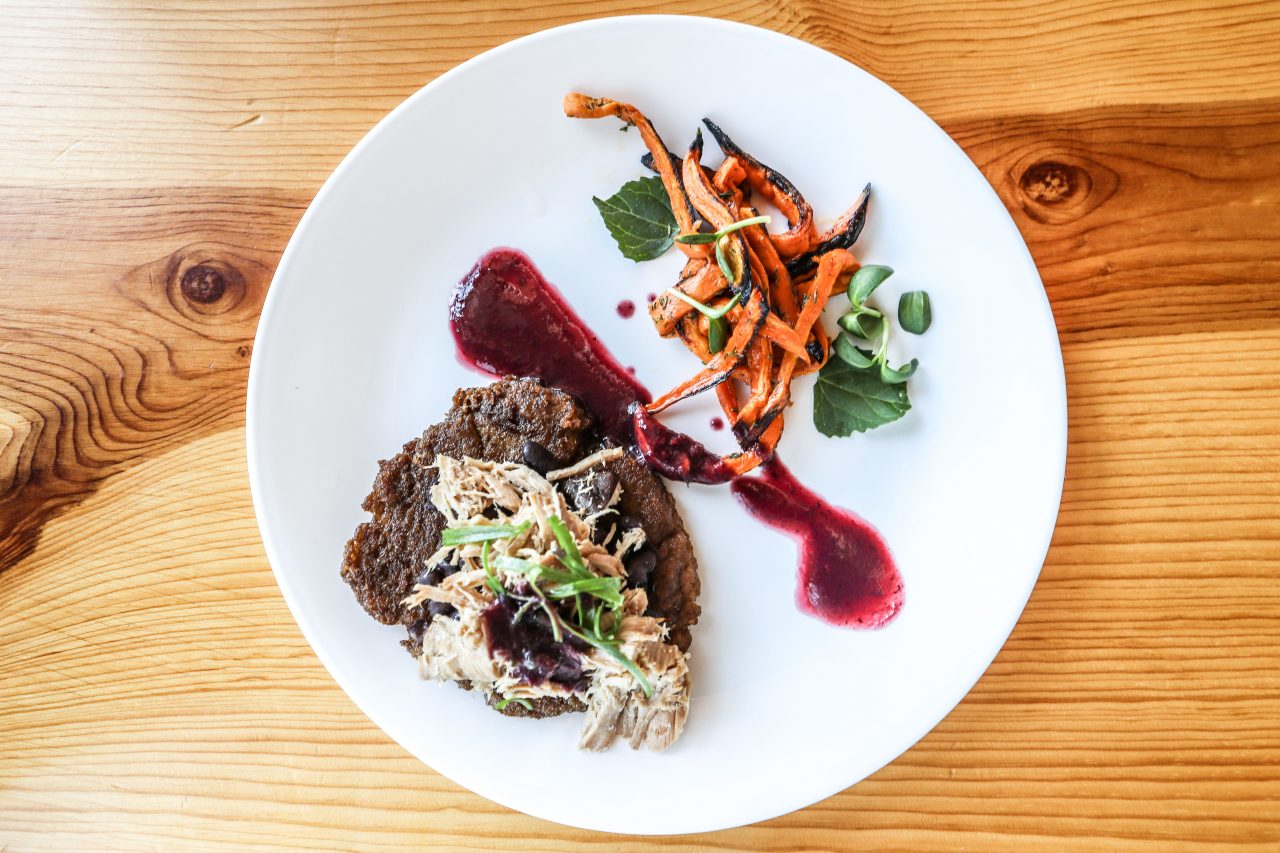 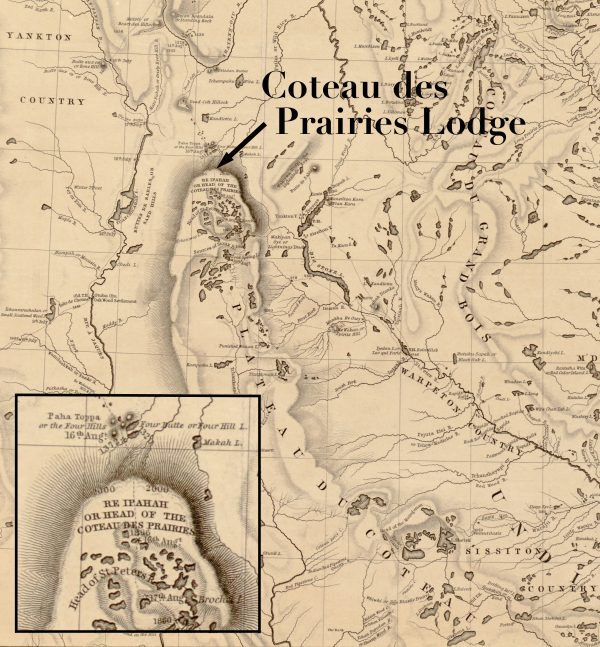 Joseph Nicollet’s 1843 map with detail showing the Head of the Coteau des Prairies.

We can’t imagine a better place to hold this unique event. As many of our blog readers already know, the accommodations, service and food here at the lodge are fabulous and would help to create the right atmosphere for any retreat. But with that aside, the geographic location of the lodge – where the flat prairie meets rolling hills and wooded ravines – provides an incredible variety of native plants within just a few miles. Lastly, because of artifacts and ancient ceremonial sites discovered near the lodge, we know the Head of the Coteau des Prairies (known as Re Ipahah in the Dakota language) is a historically significant place for the local Sisseton-Wahpeton tribe as well as indigenous peoples pre-dating the ancestors of our Native neighbors. This should come as no surprise to anyone who has enjoyed the view from the hilltop where the lodge sits.

Setting the stage for the foraging and kitchen sessions, Chef Sean taught the retreat guests in a classroom setting, from his own research, about the history of indigenous food systems. He also gave an overview of applications for modern indigenous cuisine as well as highlighted the health implications associated with pre-colonial and post-colonial diets for Native Americans. 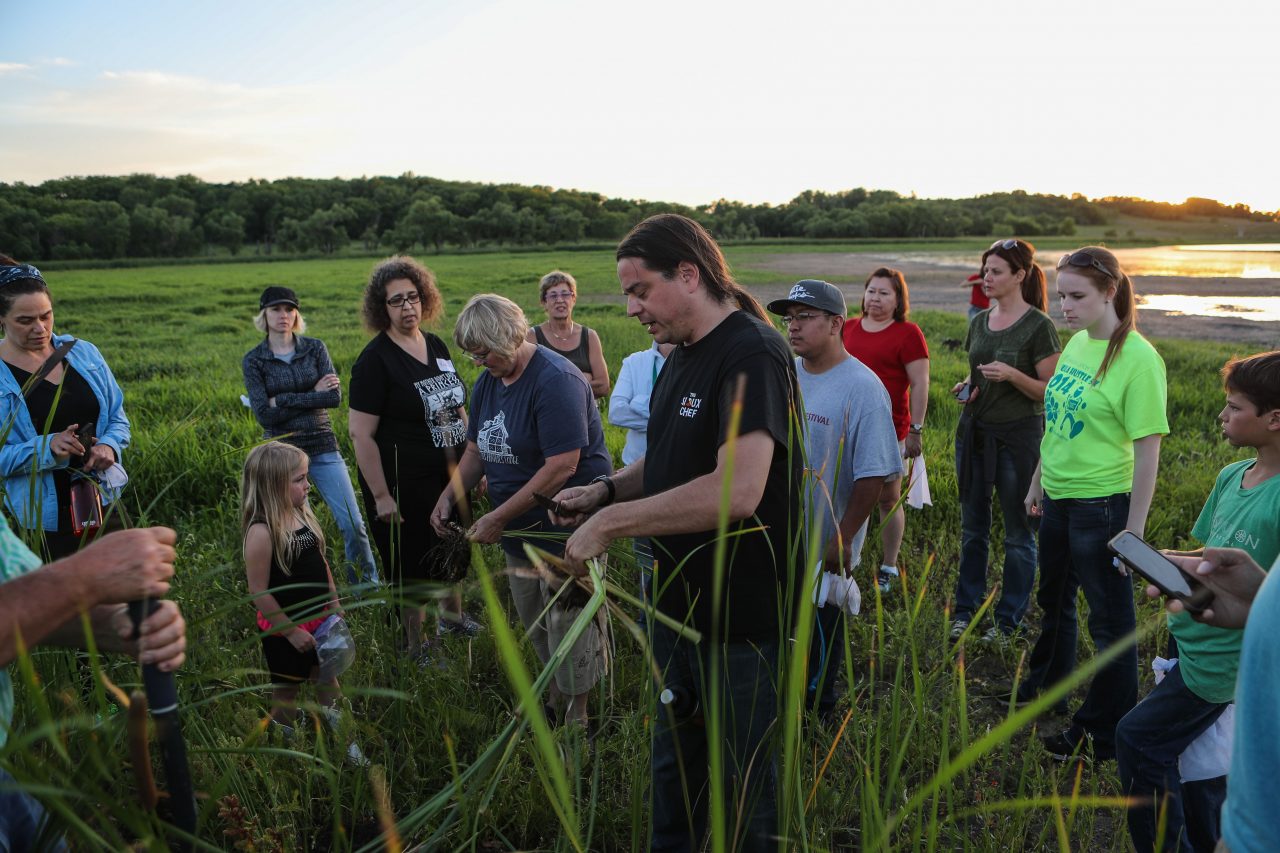 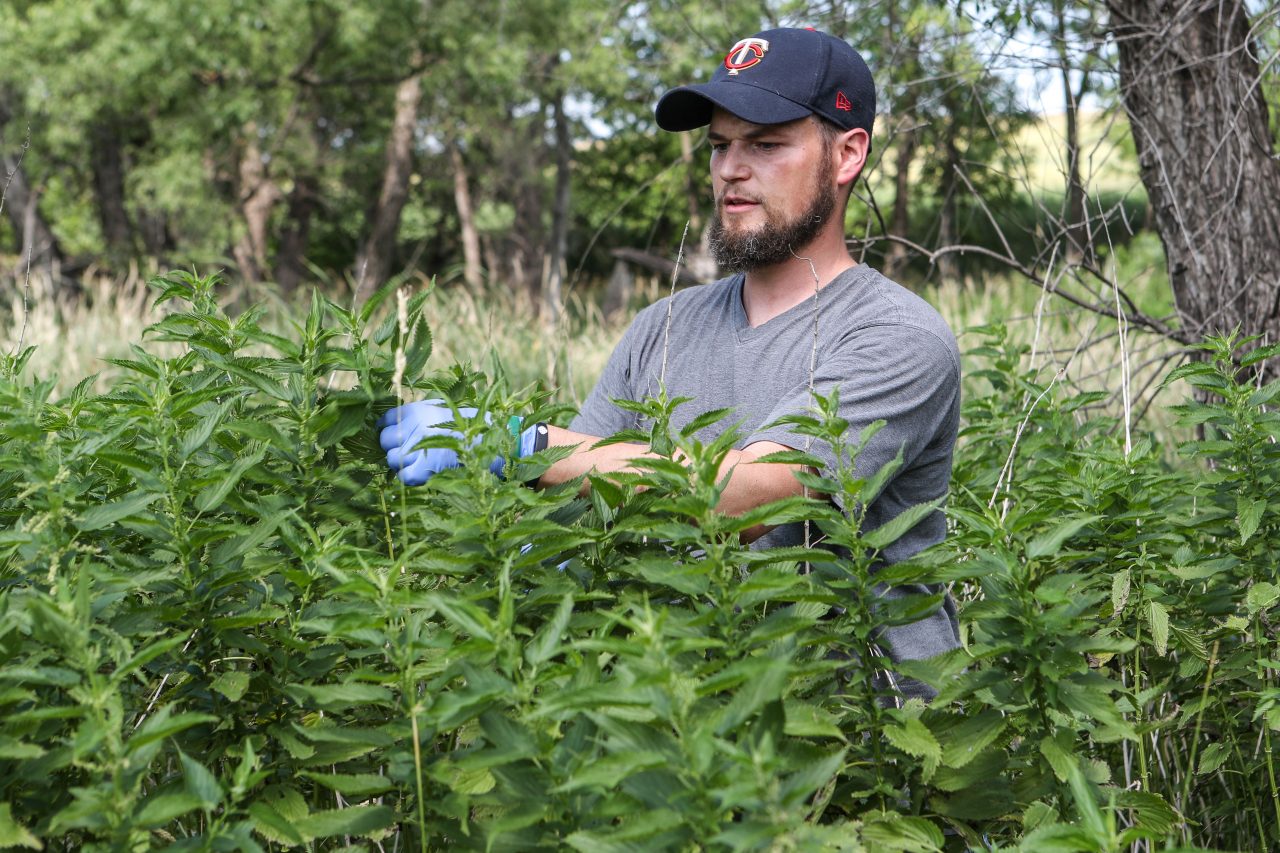 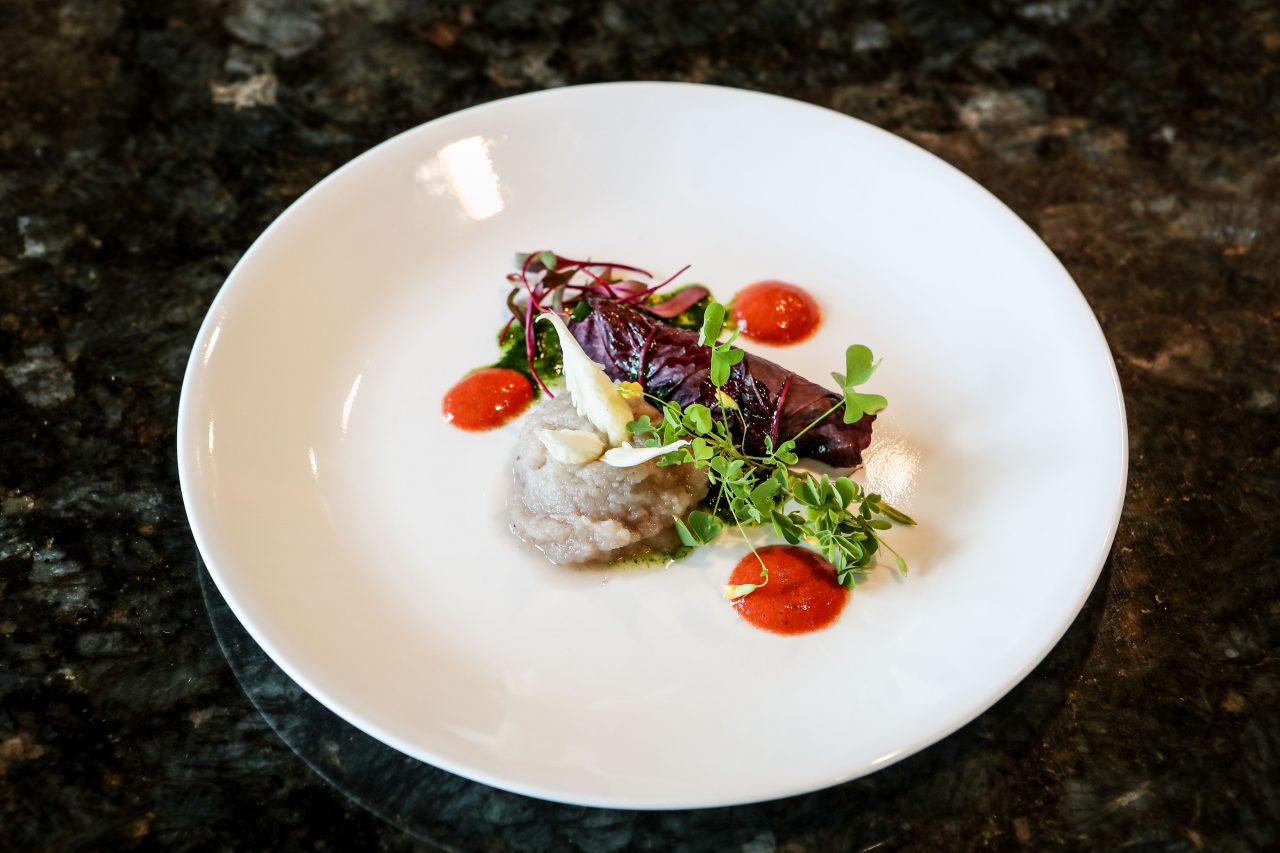 The indigenous flavors of our upper midwestern prairie and woods, as we discovered after cooking with the freshly foraged ingredients, are amazing and you might say…wild! The Sioux Chef paired the foraged ingredients with corn, wild rice, maple syrup, beans, dried apple, sunflower seeds and other pantry items which would have commonly been traded between tribes in pre-colonial times. Proteins like rabbit, walleye, bison and duck were also on the menu. 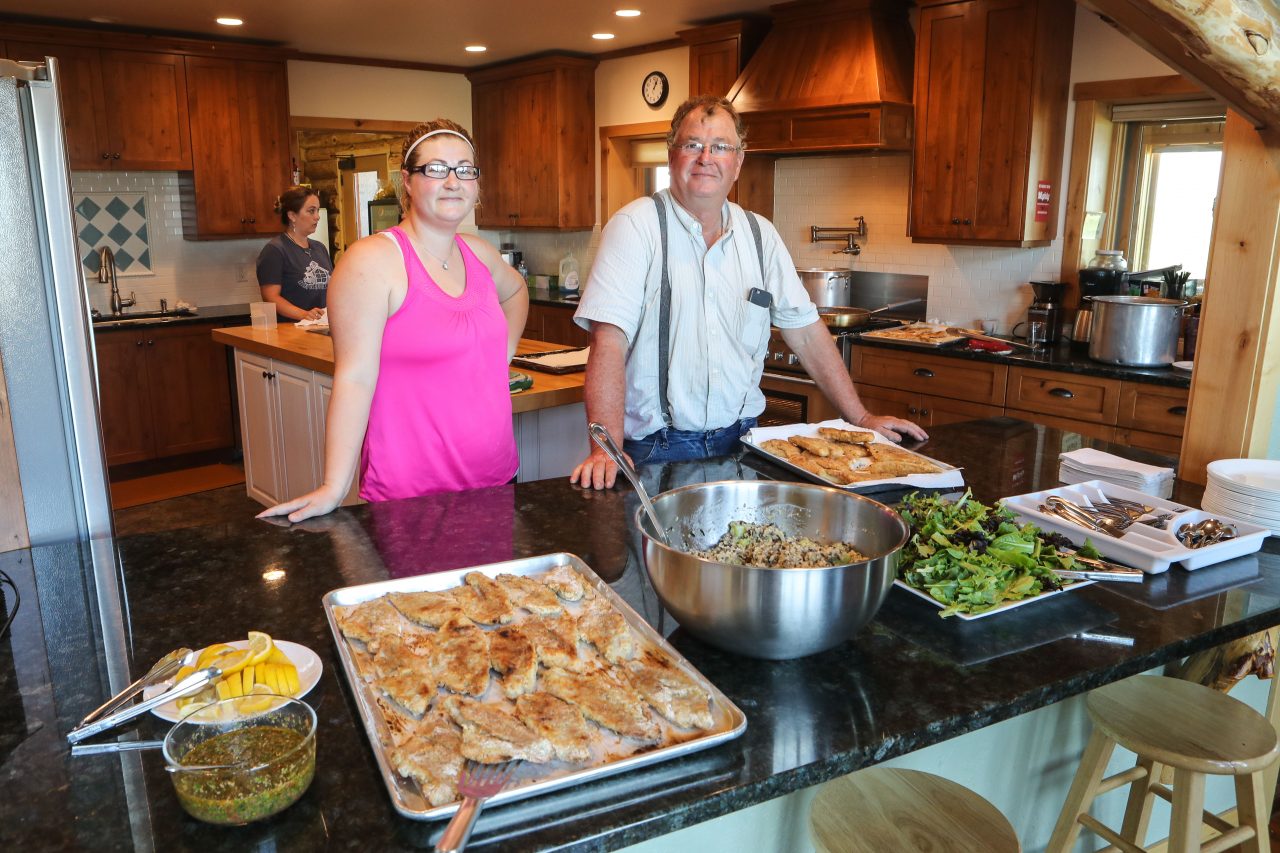 To fit the theme, The Sioux Chef wanted to build a meal plan for the retreat – even for the meals prepared by the lodge staff – featuring indigenous foods. Olivia did a fabulous job in the kitchen, as always, making delicious meals, but this time she did it with many new or unfamiliar ingredients and recipes. It’s settled. Olivia is a food rockstar! So, you might be wondering what types of food we tried to avoid. Well…beef, dairy, pork, sugar, processed flour, chicken…basically anything that wouldn’t have been available to the indigenous peoples of our region…or to put it another way…basically, most of our favorites! OK, OK…we may have had some coffee! 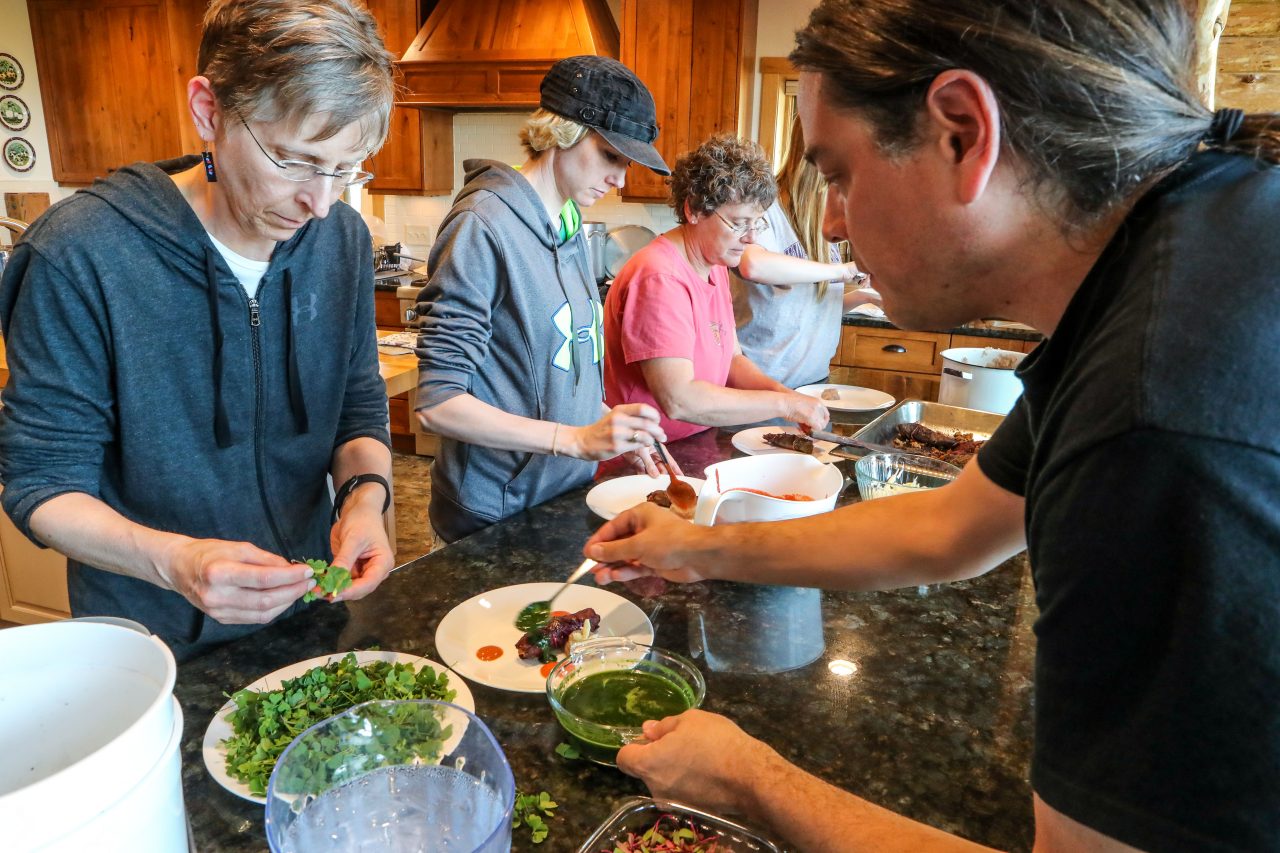 As far as kitchen training goes, The Sioux Chef team (which included four knowledgeable teachers), was very hands on with the retreat guests, even to the point of encouraging them to be a part of the kitchen staff for a public dinner that was held at the lodge on July 20th. We will share more about the Dinner of the Berry Moon in a separate post. 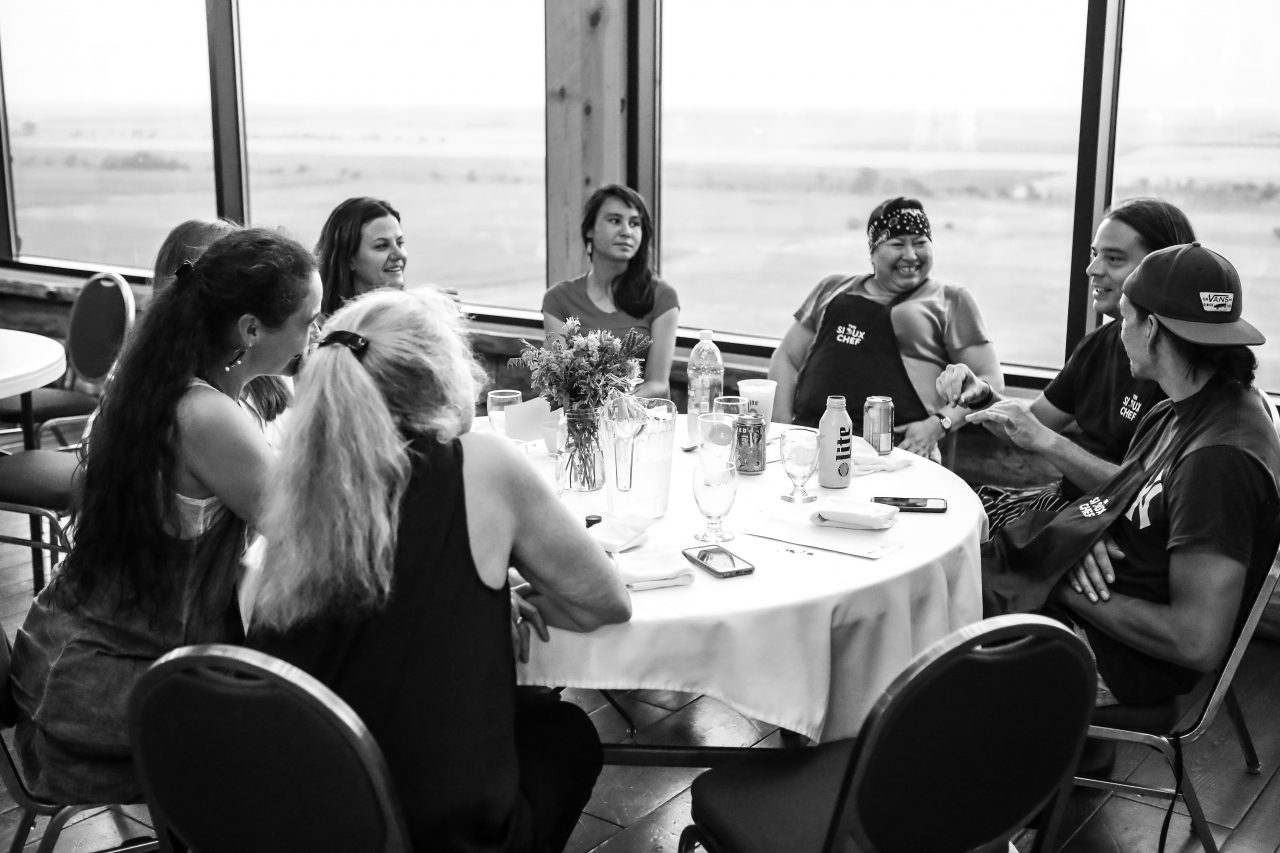 If this is something that appeals to you…we are hopeful about hosting the event again. As you can imagine, Chef Sean will be very busy with The Sioux Chef in the coming months with the launch of his upcoming restaurant. For more information about The Sioux Chef, visit their website here.

Click on the image below to open a photo gallery to see more photos from Indigenous Foods Retreat. Photos by PhotoRx Media.