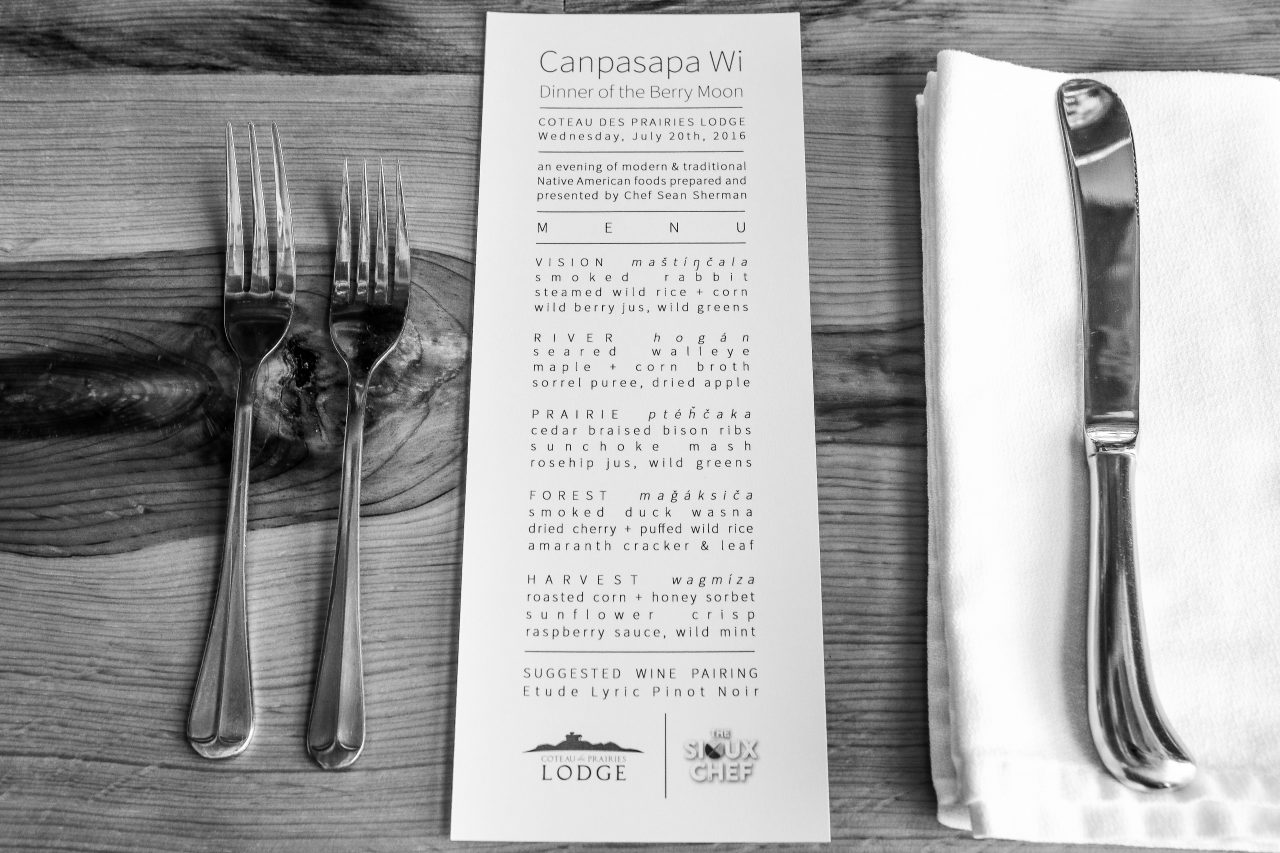 On July 20th, we hosted a special dinner featuring the talented Chef Sean Sherman and his team from The Sioux Chef. 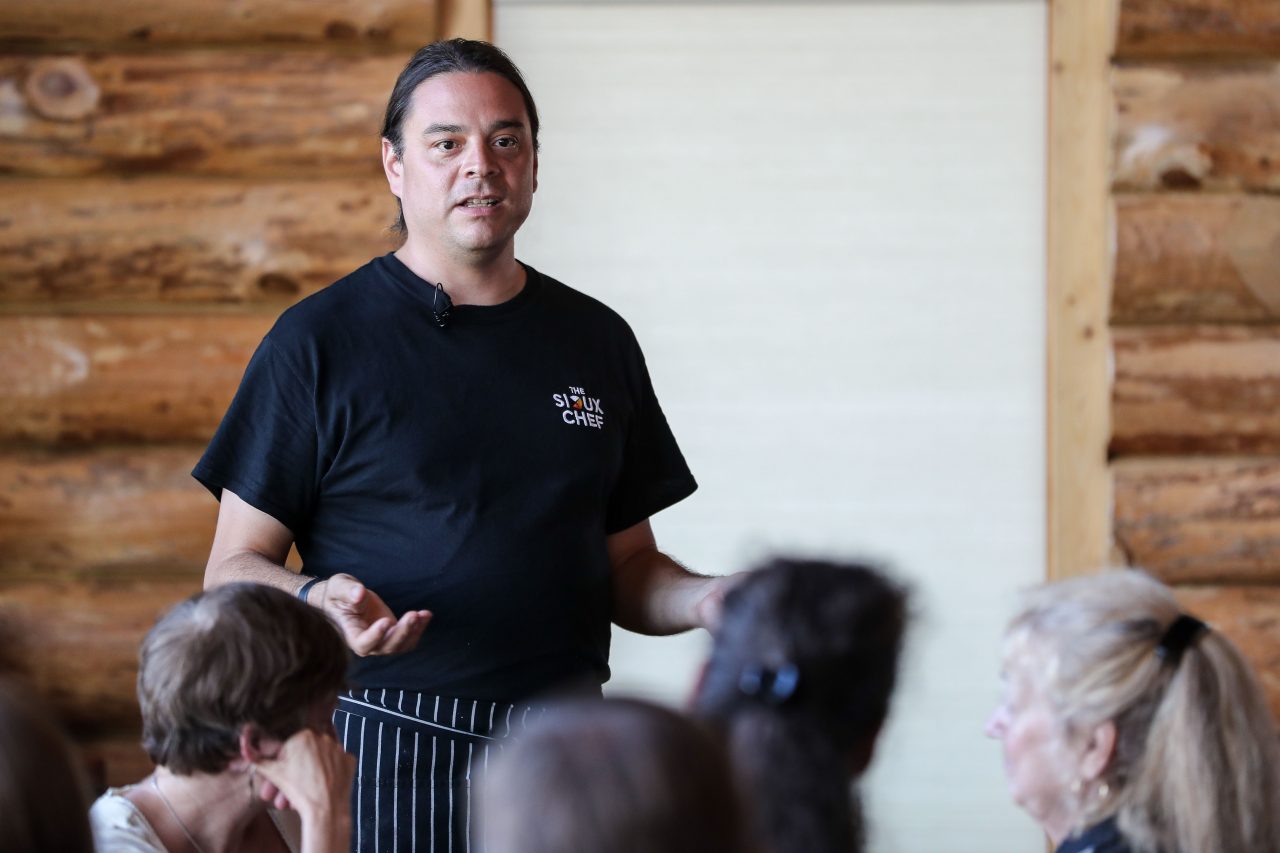 If you’ve been following our blog, you have heard us talk about Chef Sean and the unique work he is doing with Native American foods. Really, what he is doing is ground breaking in the world of food. What is Native American food? Sean is answering that question and bringing back an all but lost cultural cuisine, while at the same time adding a modern twist. This indigenous foods movement he recently started is catching on…he even brought The New York Times to the lodge. Now, he is well on his way to opening a first-of-its-kind, all-indigenous Native American restaurant. We are thrilled to partner with him on his exciting journey. 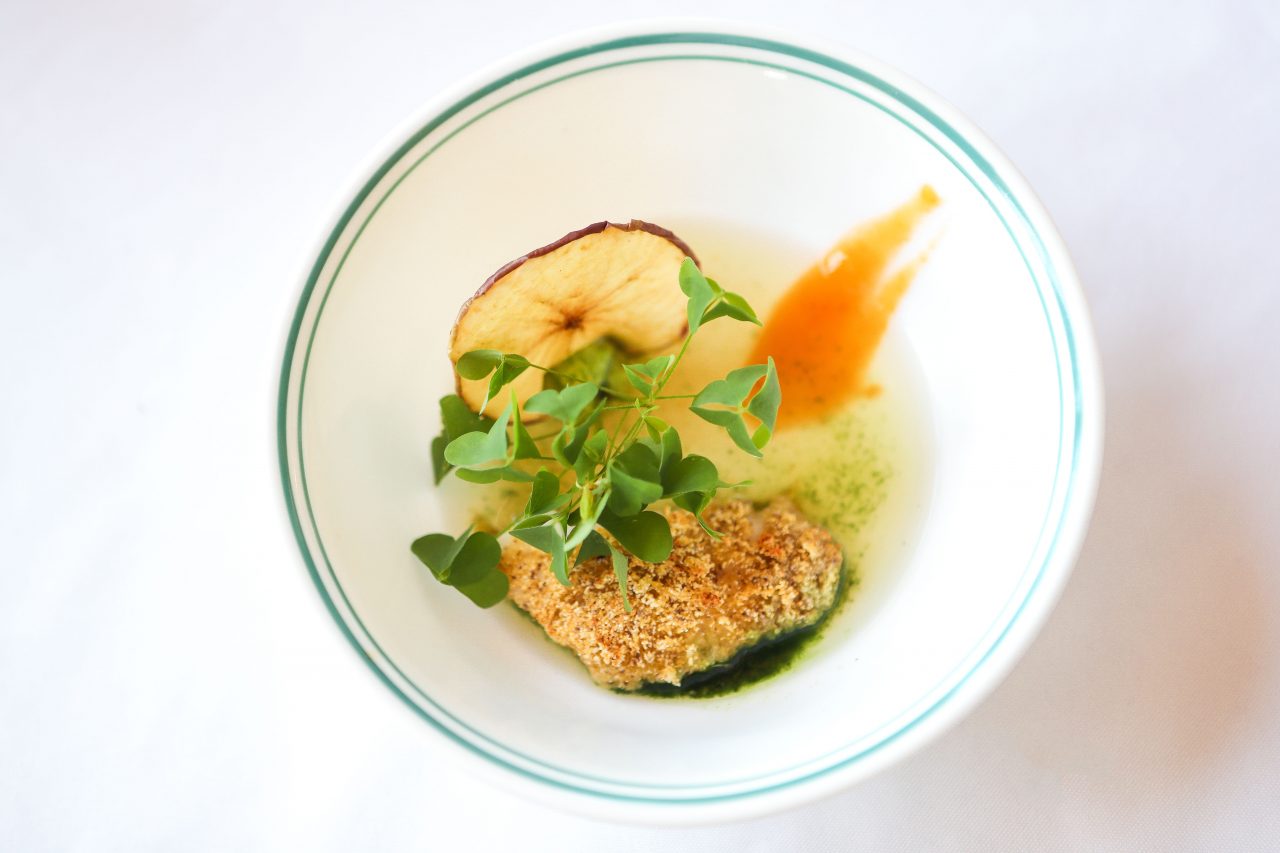 The Dinner of the Berry Moon was a celebration of native, local and indigenous foods that are available for use during the summer month of the berry moon. Sean and his team prepared five incredibly beautiful and equally delicious courses for our dining guests. 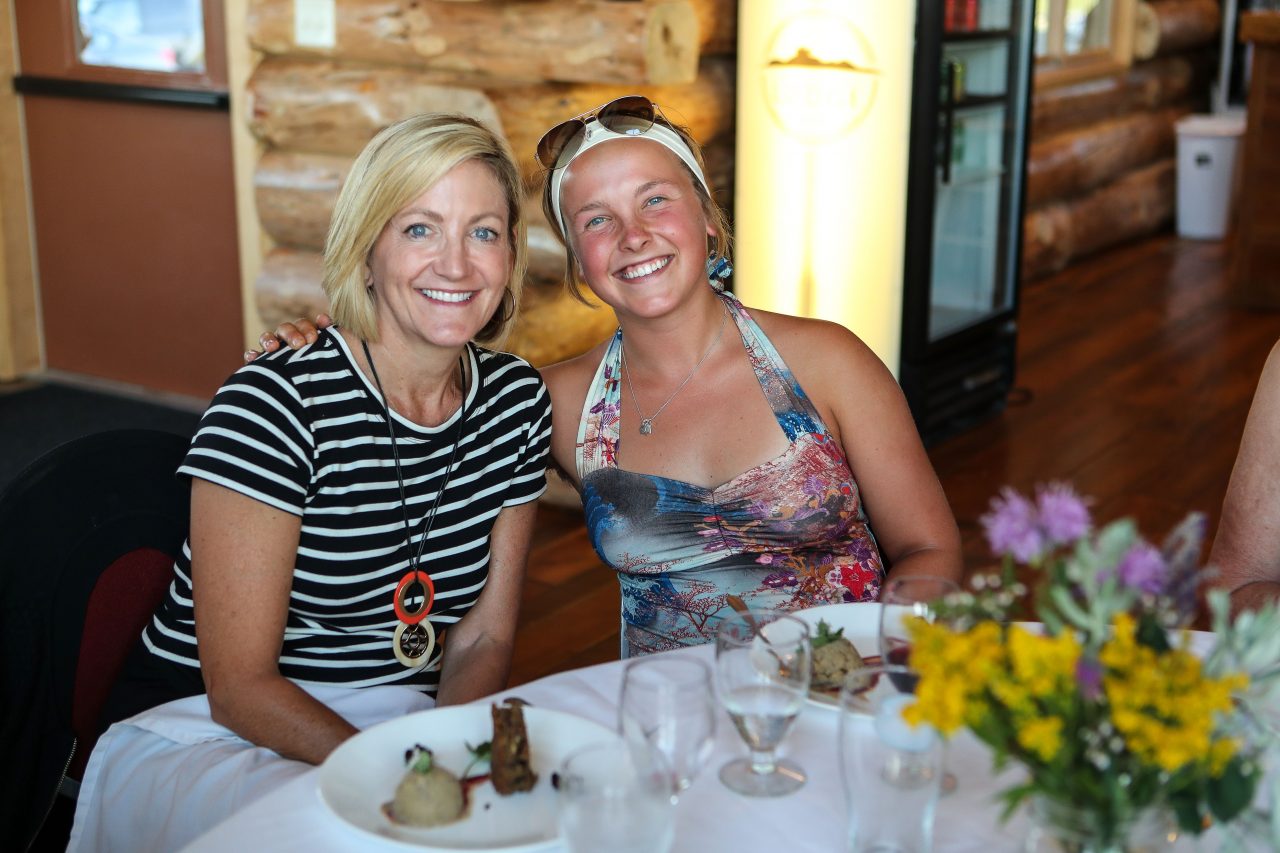 Many of the foods served to our guests were foraged from the local area near Coteau des Prairies Lodge. We would like to extend a special thank you to the Loren Cutler family for allowing Chef Sean and his team to forage on their naturally abundant native land. 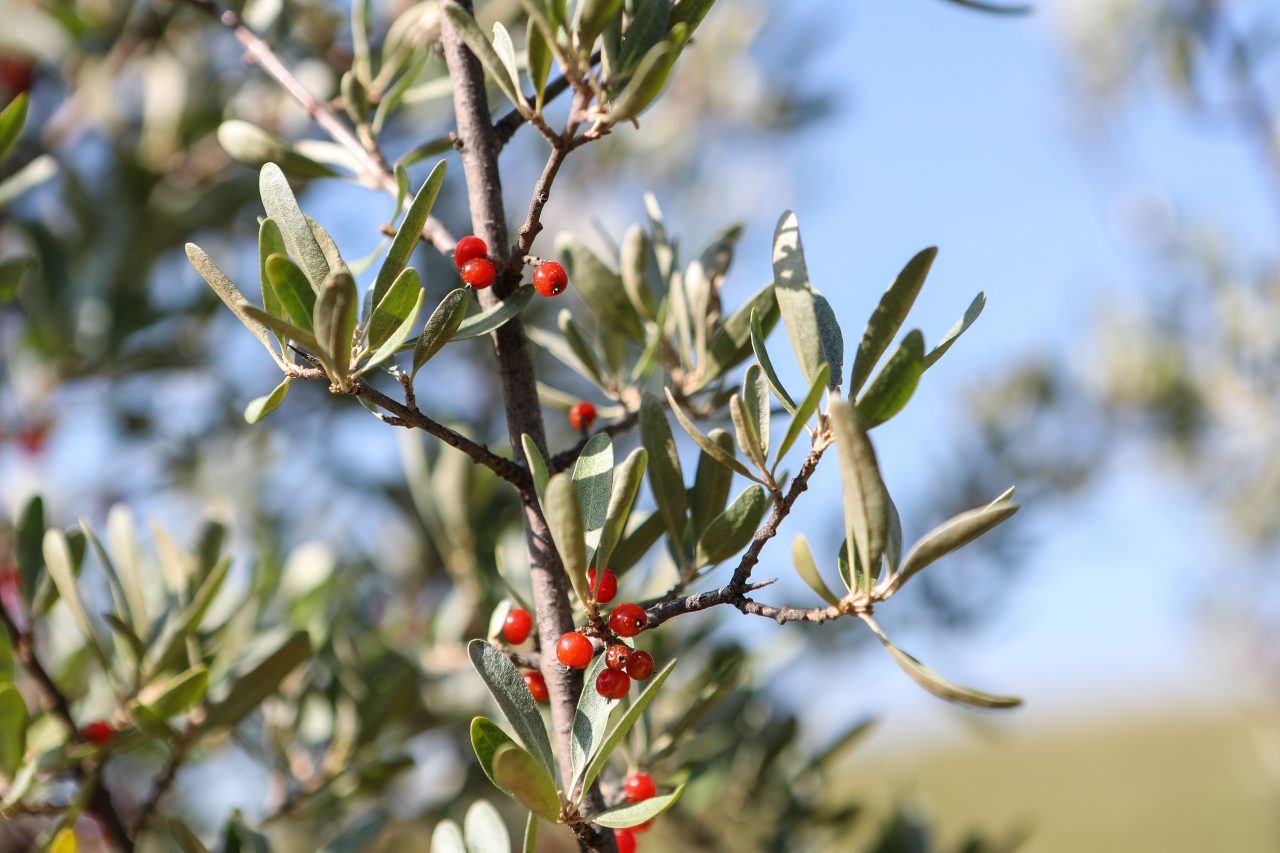 You might be wondering what edible foods can be gathered around here. Well, you might be surprised, it’s quite the list! Here are the foods Sean and his team found: timpsula (indian bread root), wild onion, chokecherry, wild plum, gooseberry, buffaloberry, rose hips, sage, sumac, wood sorrel, wild bergamot, burdock, hyssop, wild mint, raspberry, wild grape, lambs quarter (wild spinach), sunchoke, stinging nettle, purslane, plantain, juniper, cedar, oyster mushroom, wapato (wild potato), milkweed and amaranth. That’s just the plants! Everyone around here knows what kind of abundant protein sources are found on the prairie. At Dinner of the Berry Moon, Chef Sean featured rabbit, walleye, bison and duck…which Sean did not harvest in the wild, in case you were wondering. 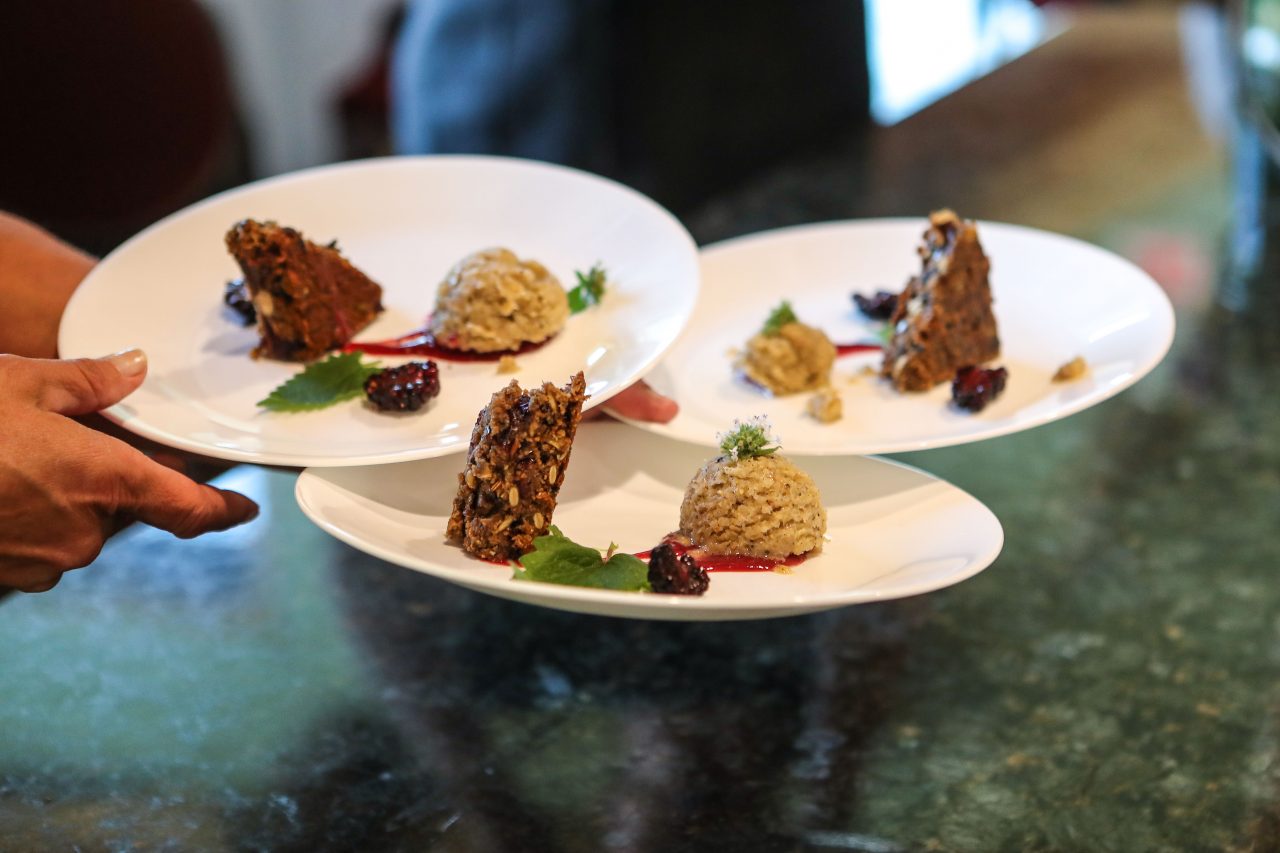 This was Chef Sean’s second visit to Coteau des Prairies Lodge. During his recent visit he also put on his ‘first annual’ Indigenous Foods Retreat, which was a great success. We hope to have The Sioux Chef out again next year.

In order to be the first to hear about exciting upcoming events, be sure to subscribe to our blog at the bottom of our website. 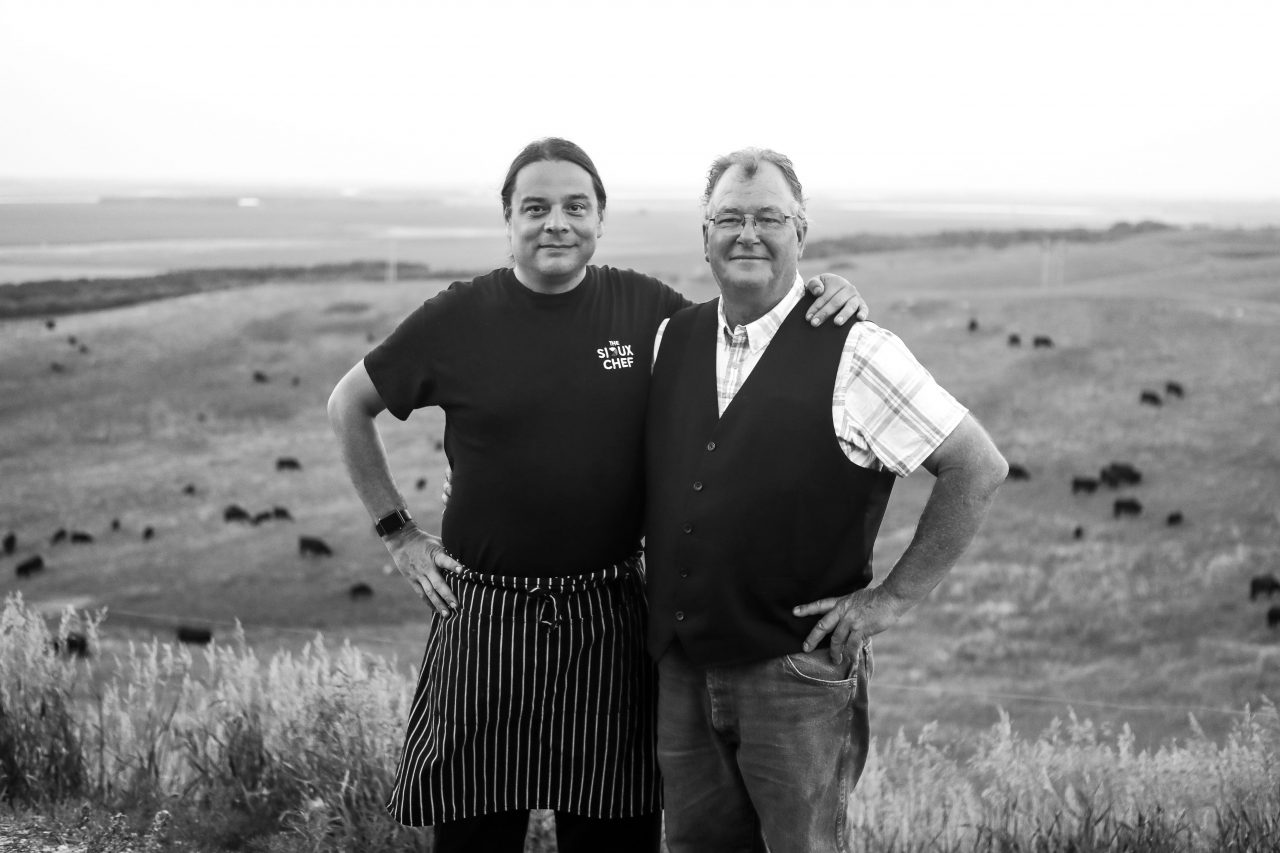