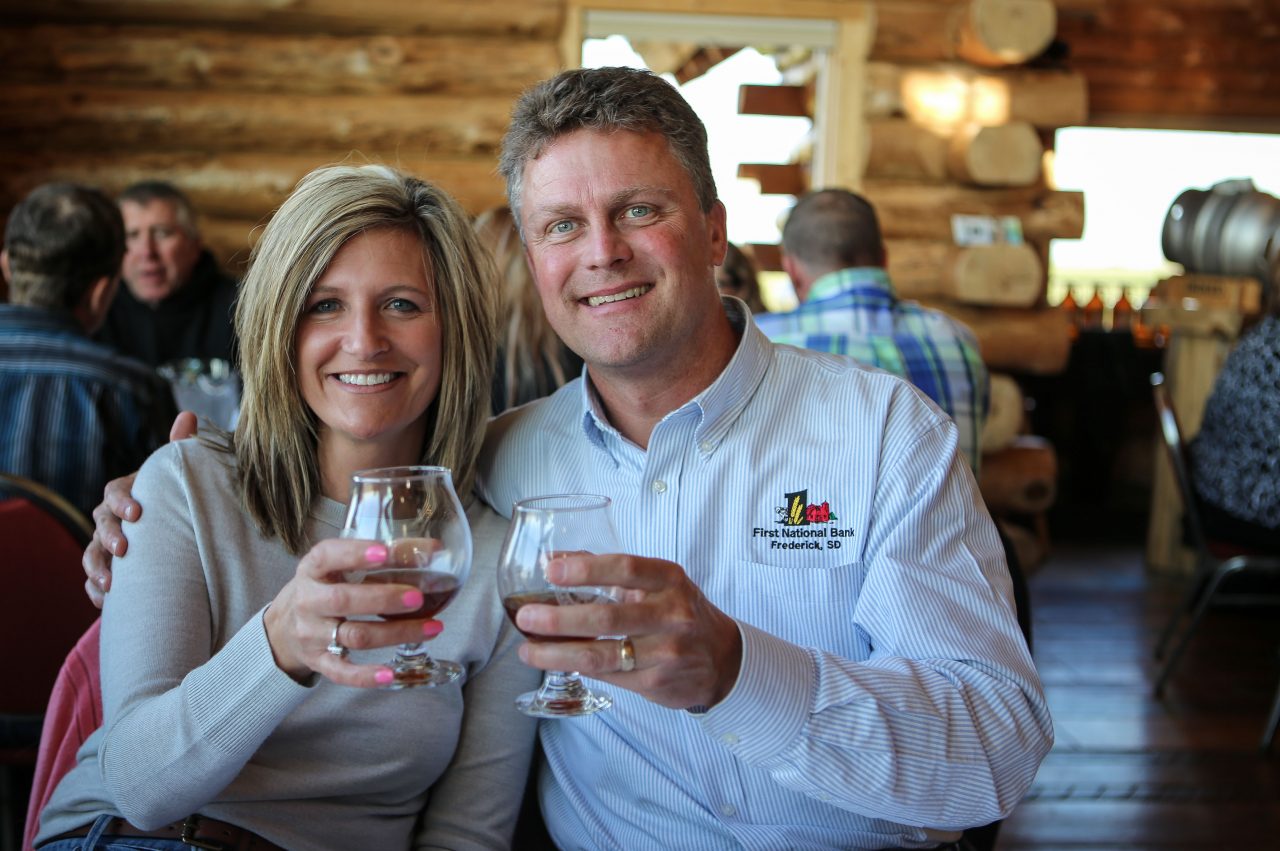 On May 12th, we hosted our Spring Beer Dinner which featured five awesome beers from Indeed Brewing Company. Indeed Brewing Brand Ambassador Ryan Bandy spent the evening at the lodge and introduced his brews to our dining guests. The incredible five course pairing menu was created by Executive Sous Chef Daniel Miles from Pittsburgh Blue Steakhouse in Edina, MN. 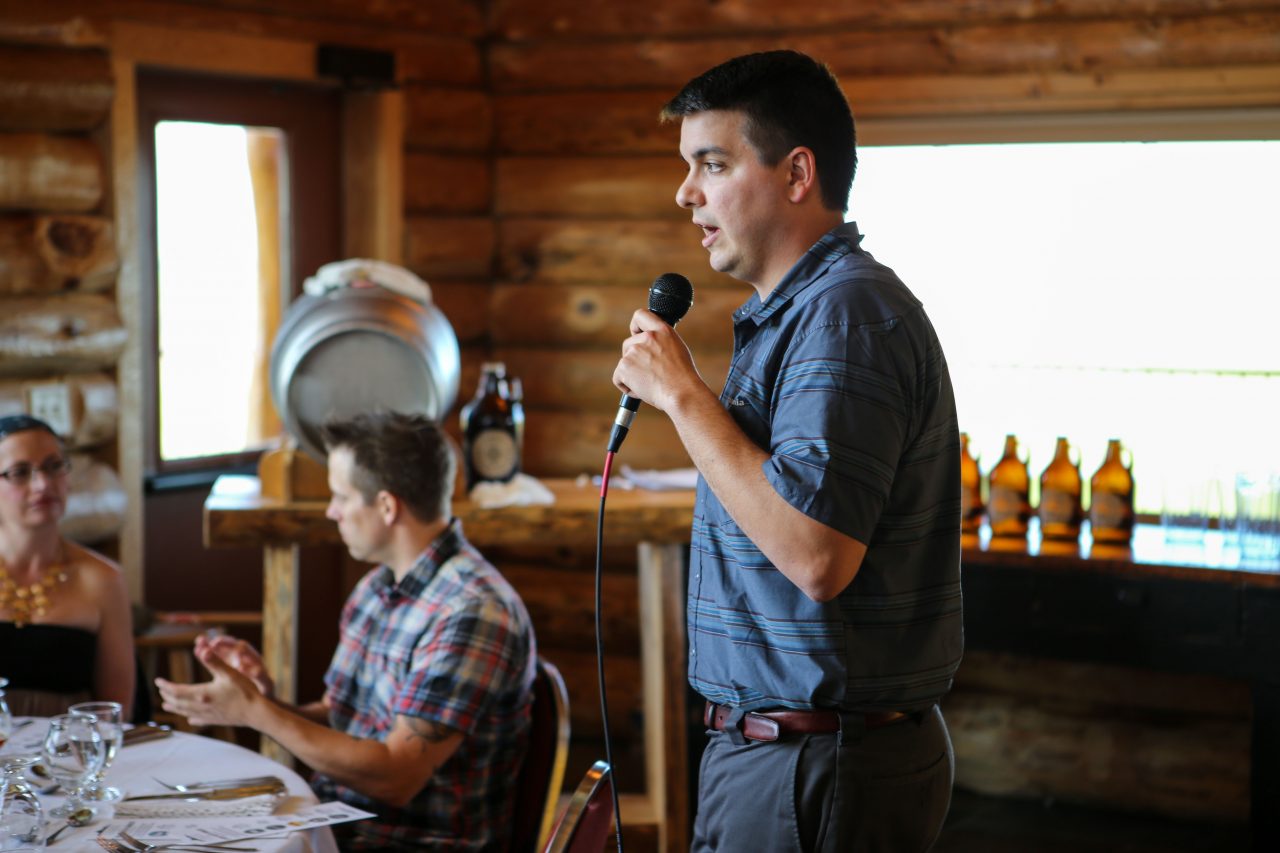 Everyone enjoyed hearing stories from Ryan, who has worked in many roles including brewing at Indeed, about his experience with the craft beer scene in Minneapolis. Our beer dinner crowd seems interested in hearing all about the technical side of beer making along with the other fun stories, so Ryan filled us in on how Indeed beer is made including all kinds of references to malts, hops, yeast and the fascinating processes behind brewing. 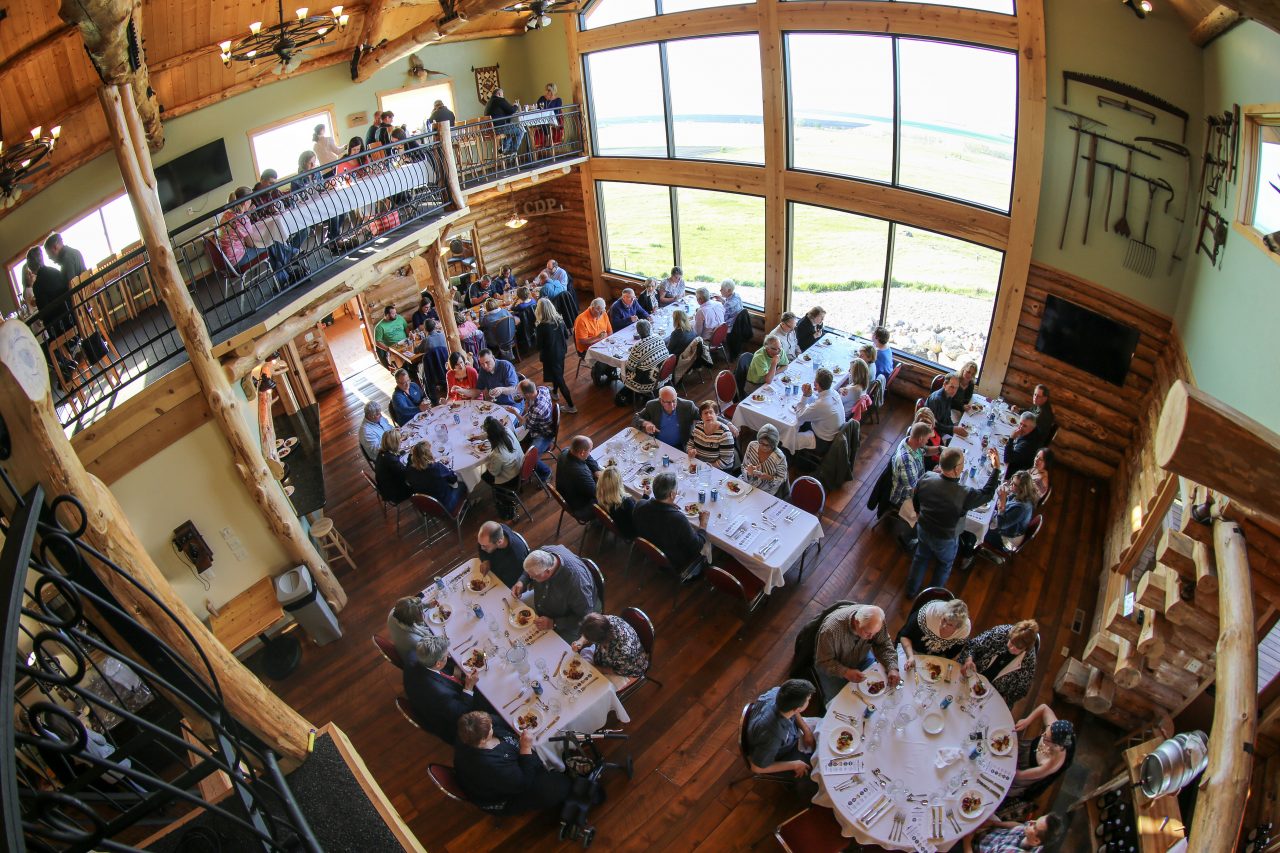 Indeed Brewing Company is an influential force in the regional craft beer scene. Since 2012, when they ushered in a new vision for craft beer in NE Minneapolis, Indeed Brewing has been a staple for craft beer lovers throughout Minnesota and North Dakota. The Indeed founders have strong ties to North Dakota, in fact, co-founder Nathan Berndt grew up in Grand Forks before moving to Minneapolis for college and later launching Indeed Brewing Company. Indeed is known for fantastic beer. From their reliable flagship and seasonal beers to their more experimental beers in the Derailed Series and Wooden Soul Series, they have a delicious option for every beer lover and every occasion. 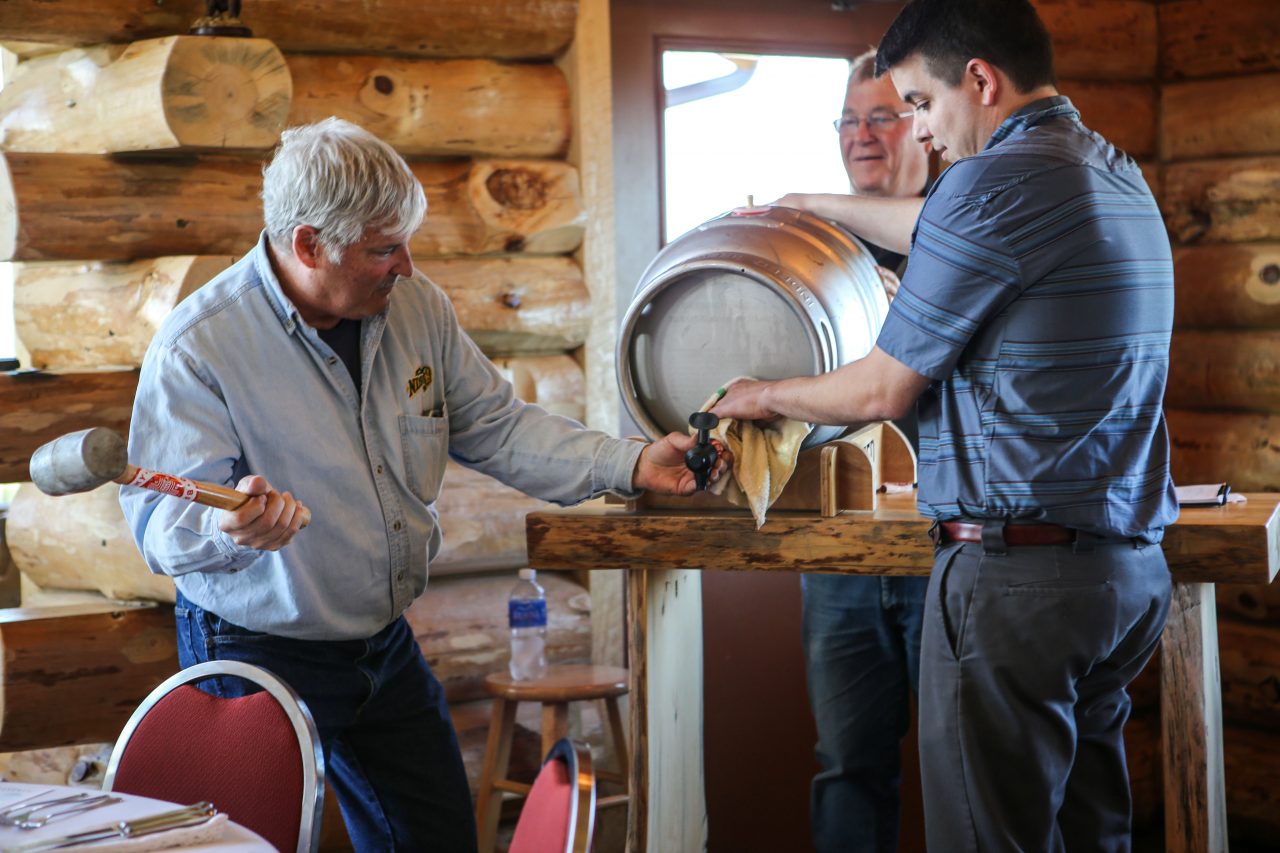 We featured a few of Indeed’s specialty brews as well as a couple of their flagships. For our dining guests only, Indeed Brewing brought a one-off firkin (cask) of Let it Ride IPA dry hopped with Mandarina and Apollo hops. We tapped it together in the old fashion, with a mallet and beer tap. We also enjoyed Indeed’s limited release Wooden Soul #6. All beers in Indeed’s Wooden Soul series, are a sour, funky, wild, barrel-aged beer with incredible flavor complexity. Wooden Soul #6 is a red ale, aged in red wine barrels with lactobacillus bacteria. It was delicious! 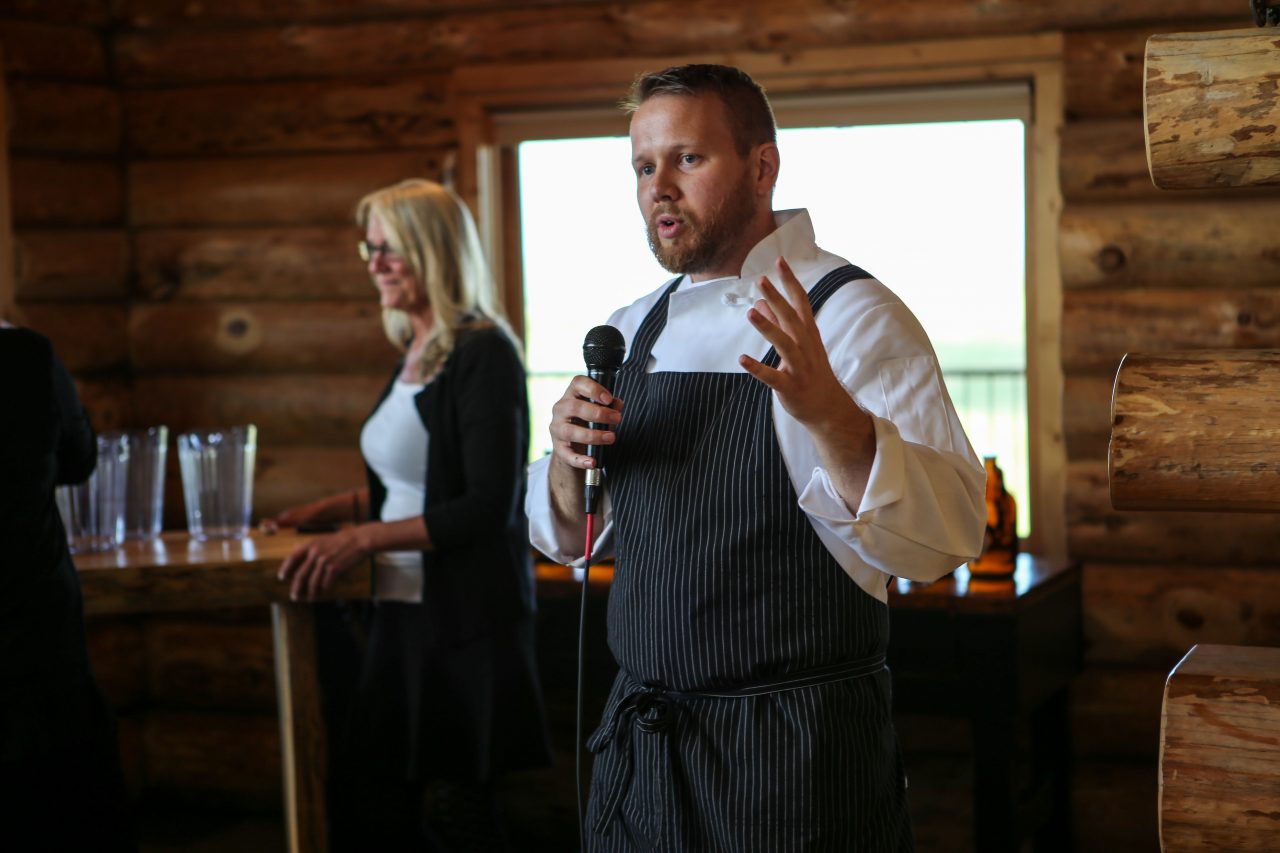 Chef Daniel Miles amazed us with beautiful plating and a wide array of flavors to pair with the diverse selection of beers. From aged goat cheese to chilled watermelon gazpacho and hardwood smoked bacon to boneless beef shortribs, Chef Dan ran the culinary gamut. Reading Dan’s menu description is fascinating as dining guests wait in anticipation for each course, but when the dish hits the table, his preparation is always a surprise! 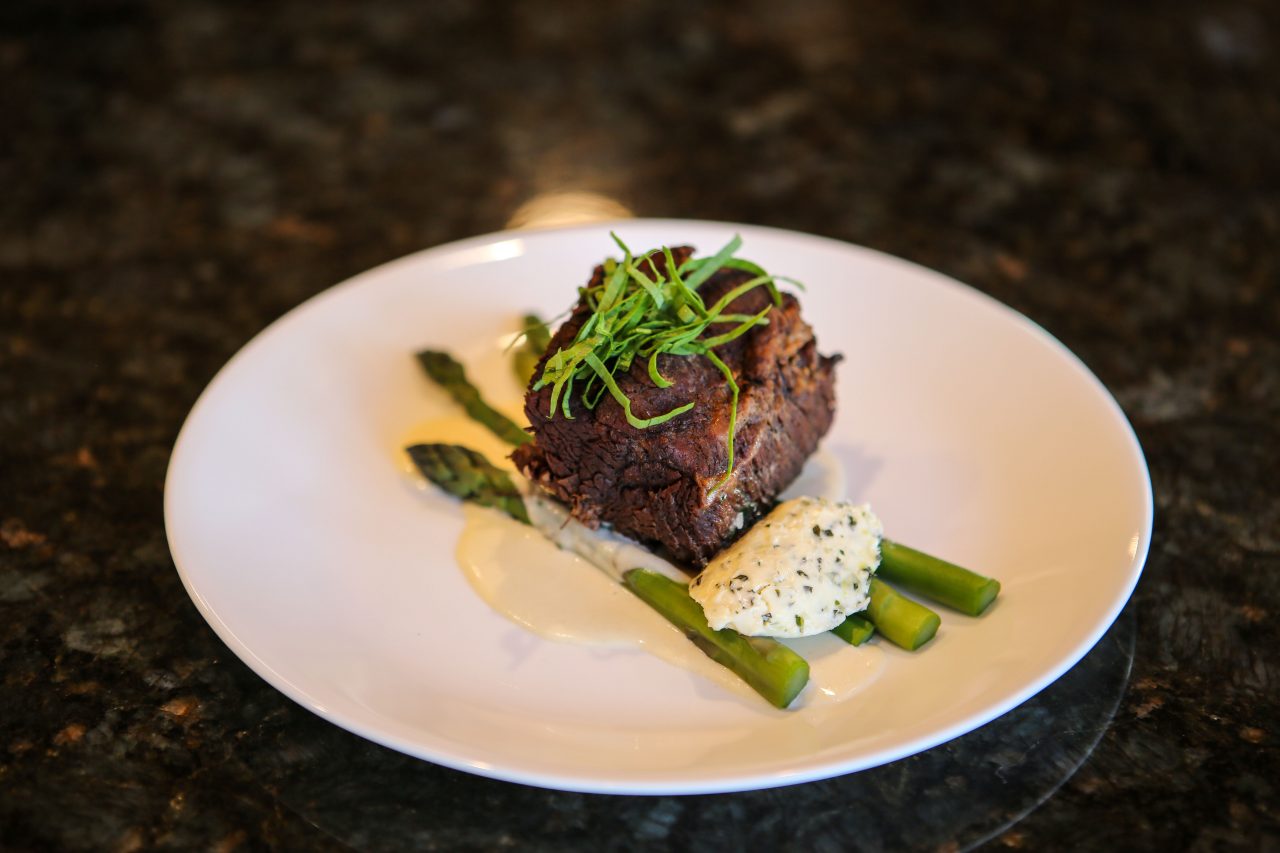 It never ceases to amaze us how a good drinking beer can be transformed into the perfect pairing for a dish by a skillful chef. Chef Dan’s menu stole the show but everyone’s taste buds were the clear winners of the night. 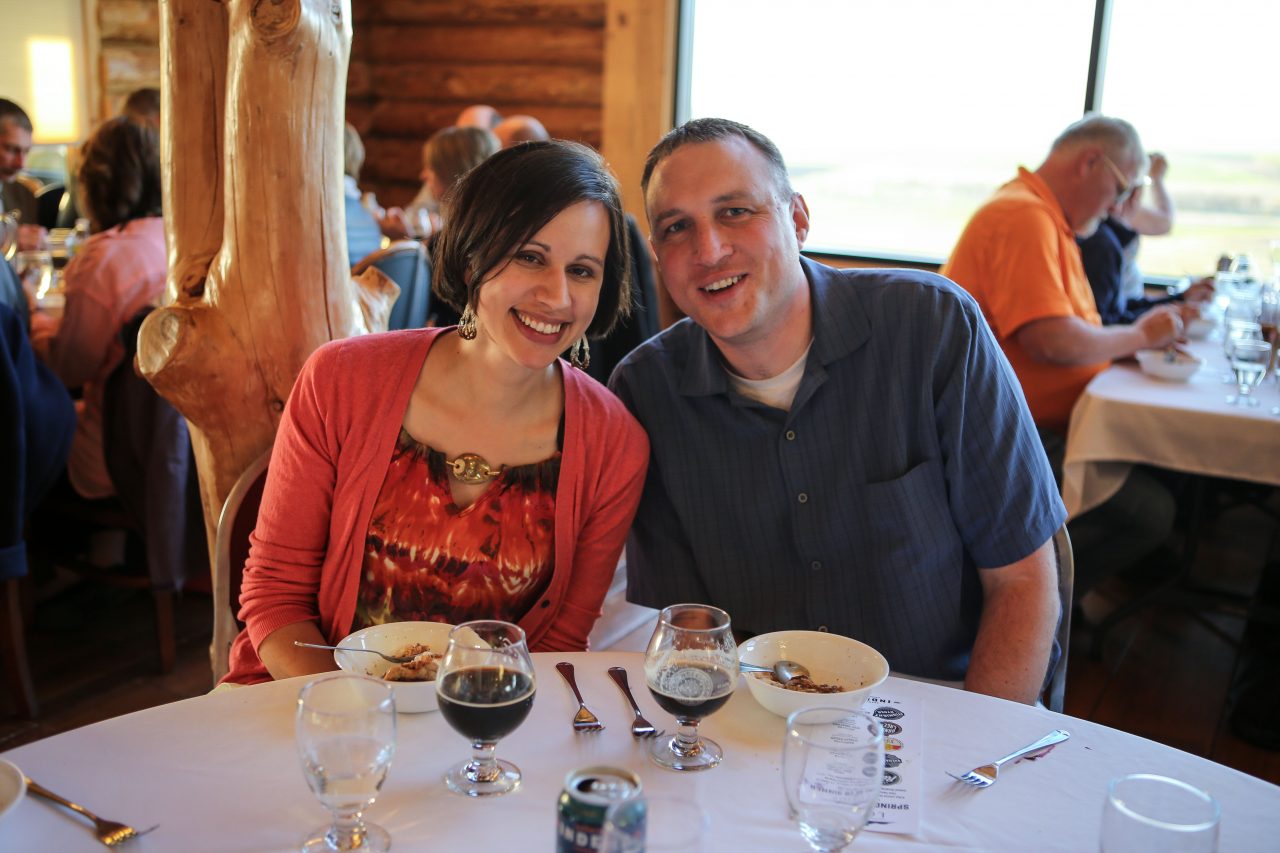 We have another dining event planned for Tuesday, June 28th. It is still in development, but it is going to be really great. Keep an eye out for the official announcement. 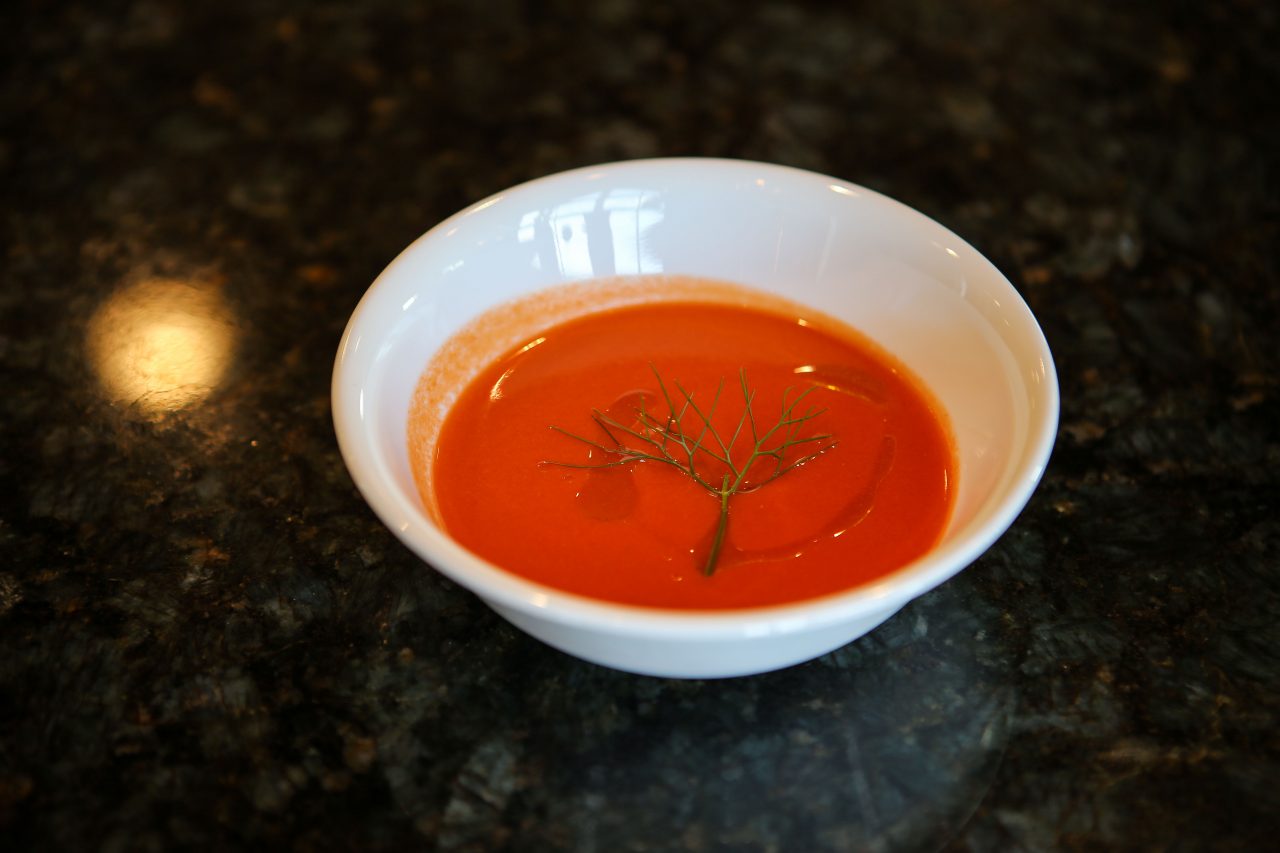